If Craig Revel Horwood (the nasty man from Strictly Come Dancing if you’re reading this Dad!) had been in my kitchen this afternoon he would have declared it a ‘di-sah-ster dahling’!

I decided that I wanted to make something biscuity this weekend. After trawling through some of my old Olive magazines I found this recipe for marshmallow Viennese fingers. However, Rob wasn’t too keen on the idea of marshmallow and suggested something lemony instead. After a little research on the internet I found a recipe here, which is loosely based on a Hairy Bikers recipe on the BBC website which you can find here.

All started well as I had all the ingredients (butter, plain flour, cornflour, icing sugar, vanilla extract and lemon zest and juice).

You need to then prepare two baking sheets. I’d read that it was handy to have pre-drawn circles of about 5cm onto your greaseproof paper to aid the piping so I dutifully drew 28 circles! You mix together the ingredients in a food processor/blender and then you’re ready to pipe – or so I thought. This is where it all started to go wrong. Now I had read that it was helpful if you’re butter was soft so I had left mine out since yesterday. This was obviously not enough! When it came to piping my mixture was far too hard and refused to even come out of the piping bag. Rob suggested leaving the mixture in a bowl in a warm bowl of water to help soften it so I left and it did soften. It started to pipe – success I thought – however I was left with a buttery sludge and piping became tricky. I’d also read that the recipe was meant to make 16 Viennese whirls (32 separate biscuits). I managed 16 separate biscuits. At this point I was feeling quite defeated but carried on and placed them in the oven. Here are at what they looked like after I eventually managed to get them out of the piping bag! 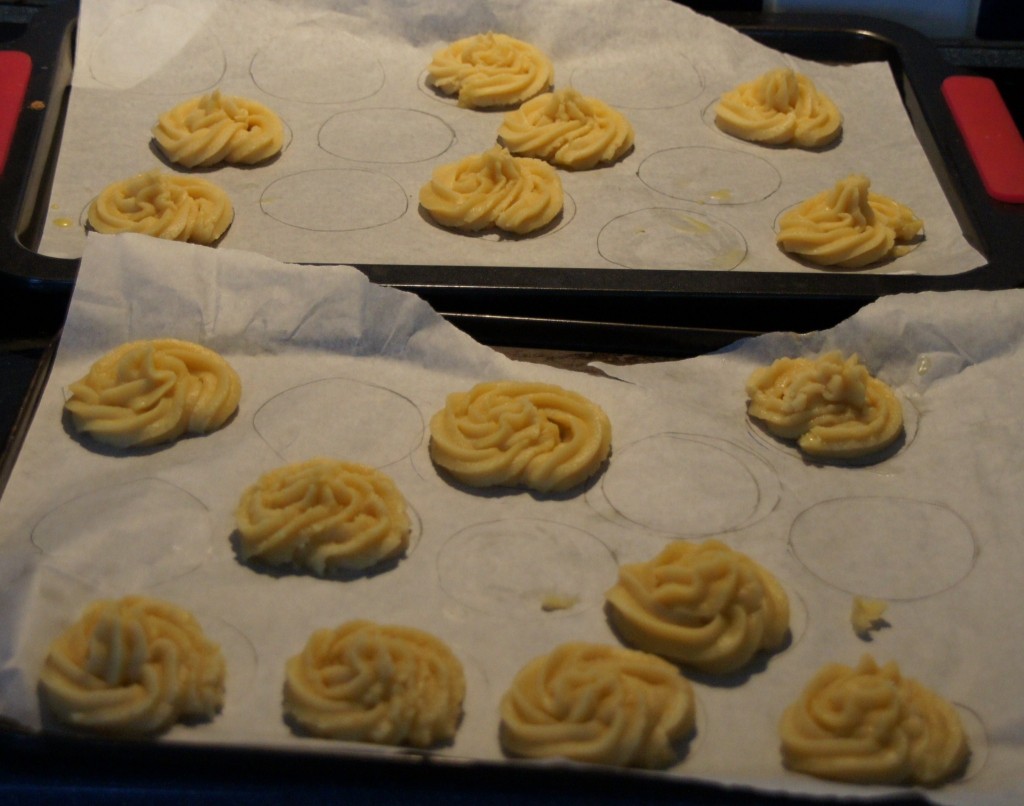 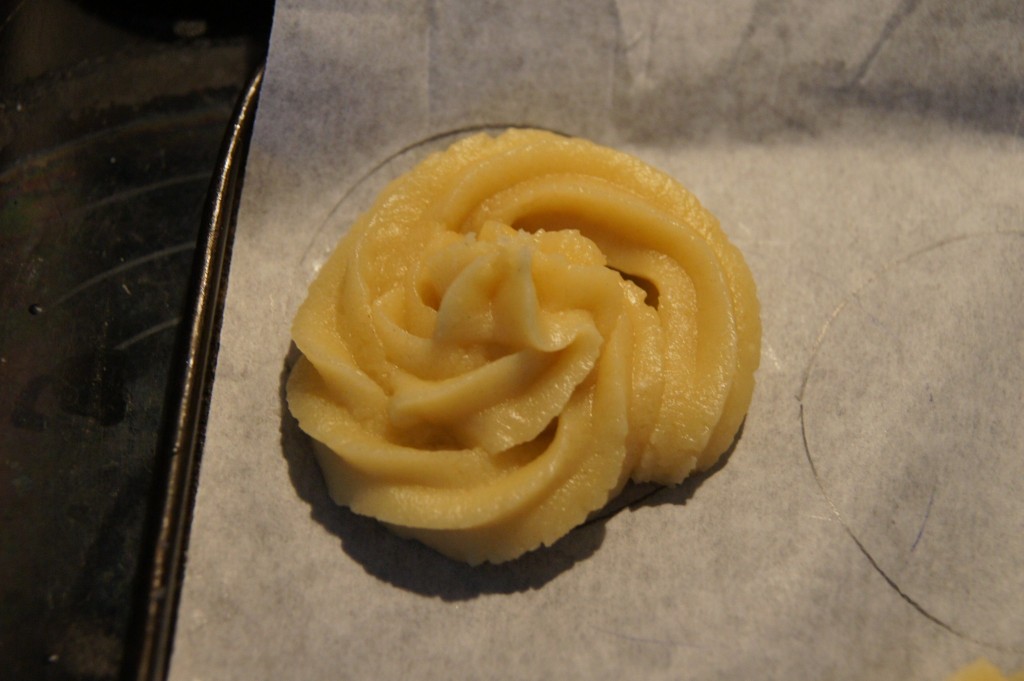 After 15 minutes in the oven they came out looking acceptable – they are very delicate and crumbly. From just getting them from the baking tray to a cooling rack I managed to break two leaving me with 14 biscuits (7 in total). 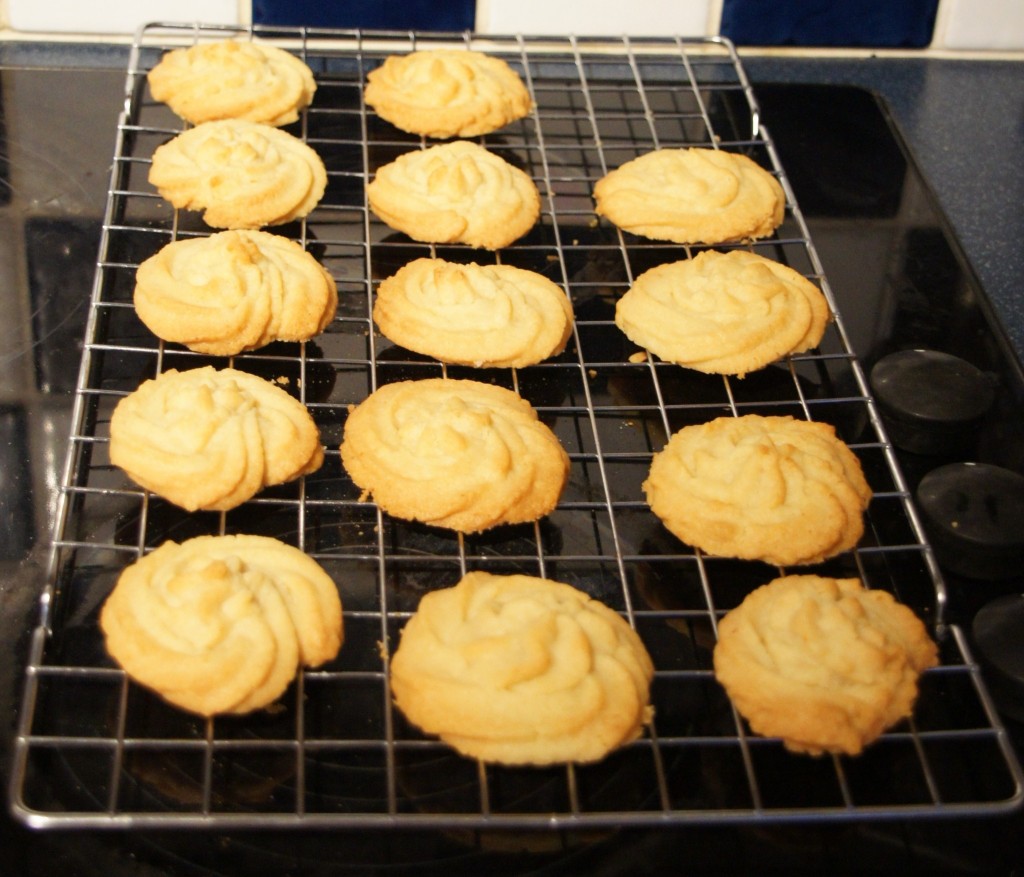 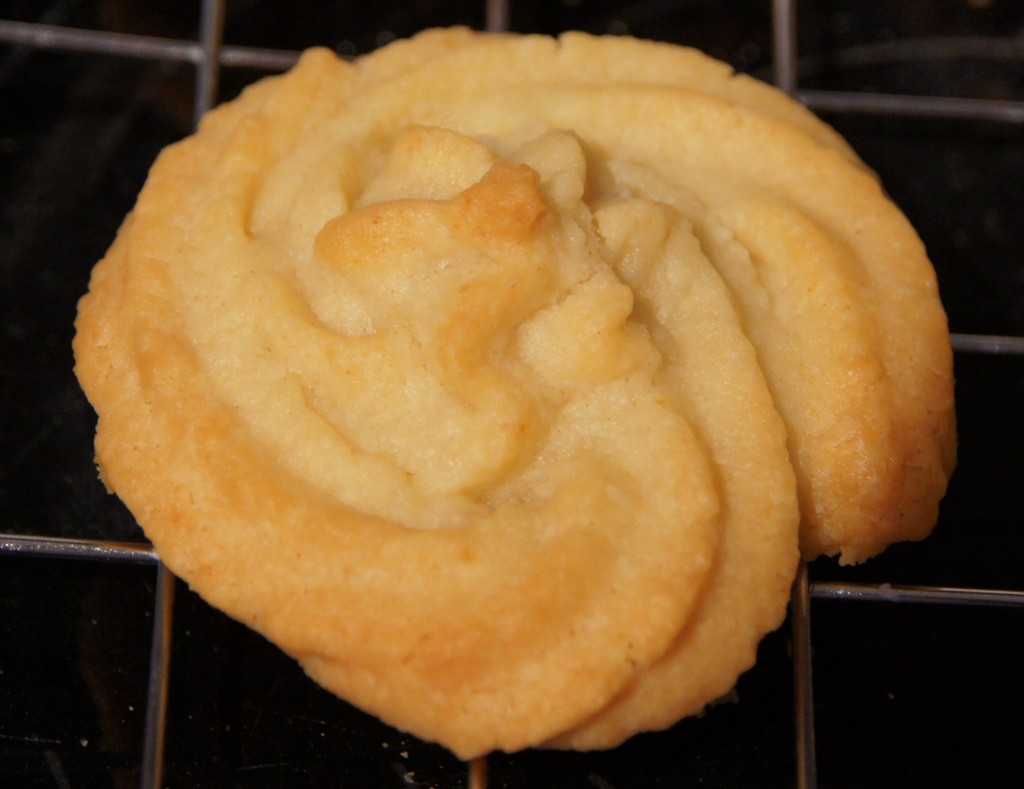 The filling is butter cream and lemon curd which you spread on each half and you then sandwich together. They are a little on the wobbly side but they look good and most importantly taste good. I’ll definitely try making them again and will hopefully learn from my mistakes by making them smaller and making sure my butter really is soft! 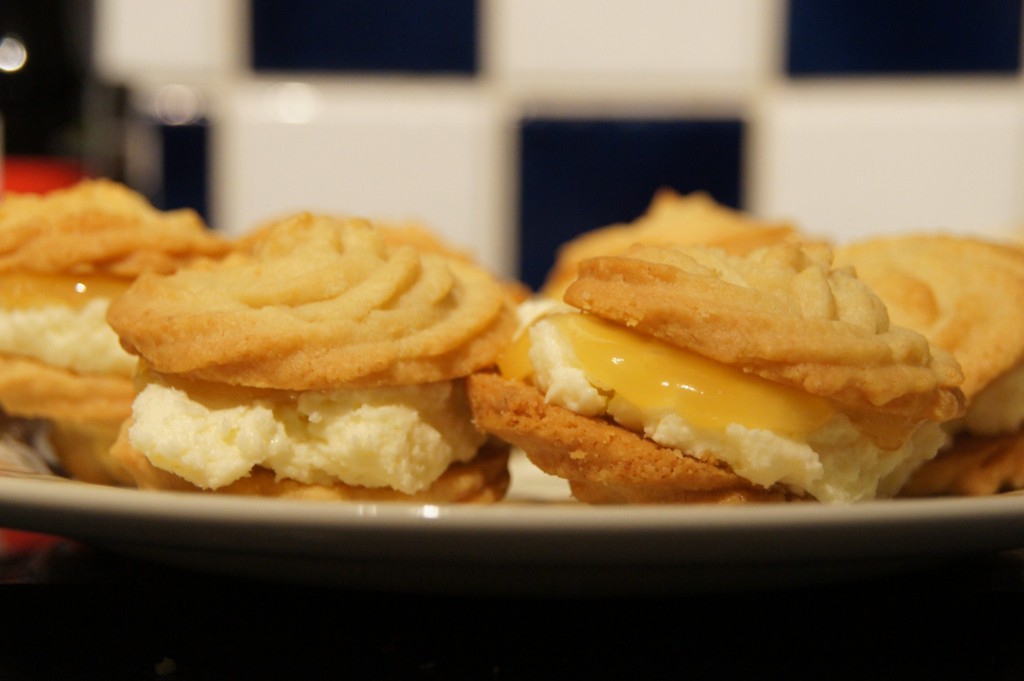 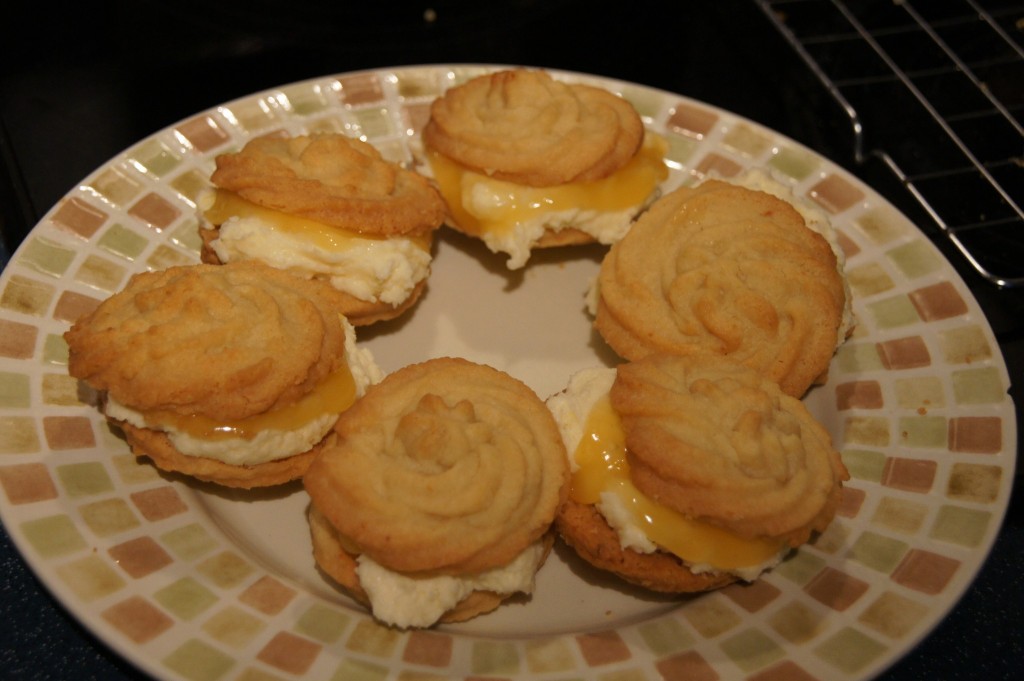