I am a HUGE fan of The Great British Bake Off. Back in the summer I saw on Twitter that the production company behind the spin off, An Extra Slice, were looking for keen bakers to be members of the audience. I quickly sent off an email, not expecting to hear anything back, but soon received a reply asking me to come and watch the show. After eventually finding a date a could do, I didn’t think much more about it until I had an email last week telling me it was patisserie week. My first thought was ‘Aaaaaahhh I know nothing about patisserie!’ After having a look through some recipe books and trawling the Internet I decided upon millefeuilles.

Luckily Mr Birdie was able to accompany as my guest so we set off on Sunday for our adventure to London. We arrived at the ITV Studios in London, with my precious cargo surprisingly still in one piece. There was a large queue of prospective audience members but lukcily we were able to go straight to reception. We were shown to a dressing room where I had to display my millefeuilles ready to be looked at by the team behind the show. Some of the other bakers creations were amazing – there were meringues, madeleines, Opera cakes and even a baklava Bake Off tent! After a break, it was time to head to the studio. We took our seats at the front ready to watch this week’s episode of The Great British Bake Off. Then it was time to start filming the show. Sadly my millefeuilles weren’t featured but it was so interesting to see it all being filmed. 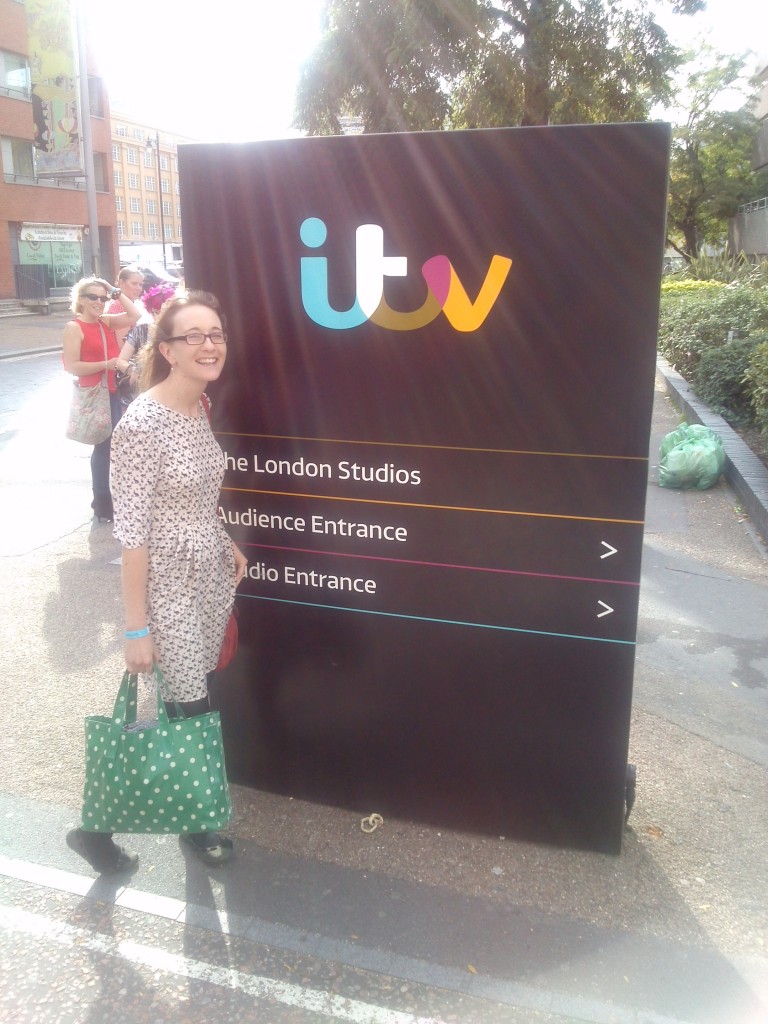 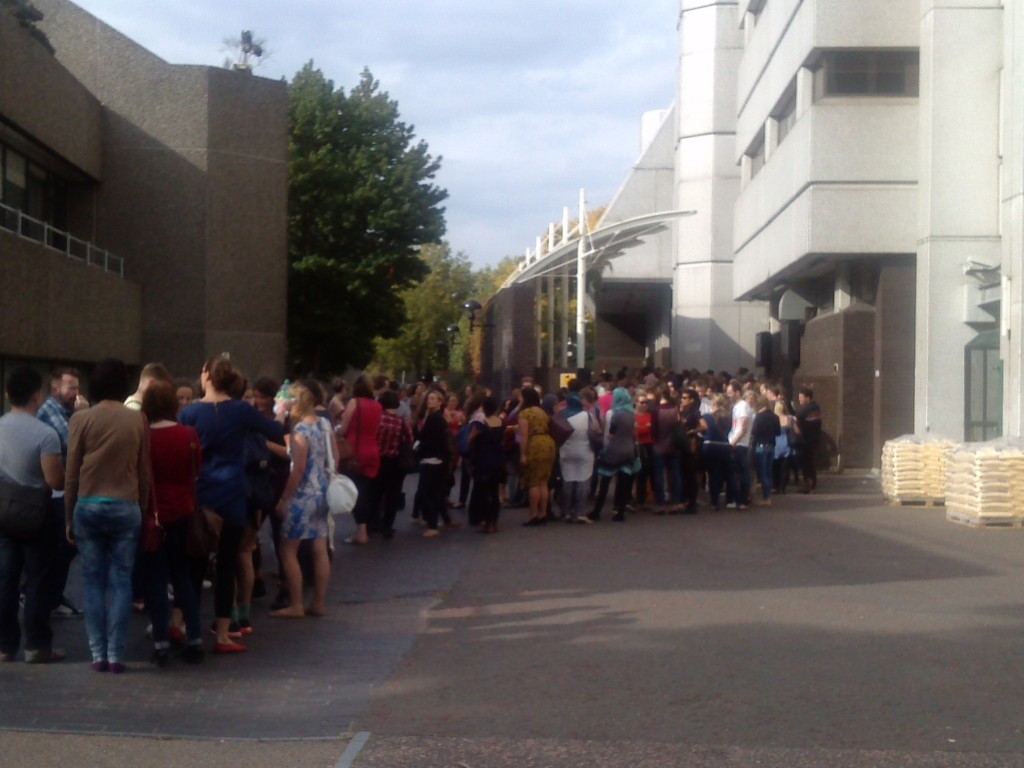 The audience queuing to get in

This is a James Martin recipe from BBC Good Food that uses rough puff pastry. It wasn’t the first time I’ve made this kind of pastry, as I’ve made croissants, apple pie and pork en croute before. It was however the first time I’d made Creme patissiere. I did a test run on the Thursday evening before to check they weren’t going to be a disaster. As I had enough Creme patissiere left over I didn’t make anymore so don’t have any photos of this part of the process. I was really pleased with how my final ones turned out – sadly the journey to London had a bit of an impact on how they ended up looking but they tasted good! I will definitely try making them again but using a different filling. I’ve seen recipes using blueberry and lemon and blackberry and chocolate which sound interesting. Method:
1) To make the Creme patissiere halve the vanilla pod and place it in a pan with the milk. Heat to just below boiling point. In a bowl whisk together the egg yolks, caster sugar, plain flour and cornflour.
2) Pour the hot milk over the egg mixture, whisking continuously. Return the mixture to the pan and set over a medium heat, whisking all the time, until has a thick custard consistency. Transfer to a bowl, cover the surface directly with cling film, leave to cool, then chill for at least 1 hour.
3) When chilled, whip the double cream, then beat a little into the cold custard. Fold through the remaining cream and transfer to a piping bag fitted with a plain nozzle. Chill until ready to serve.
4) To make the pastry mix the flour, salt and butter together in a bowl. The butter should remain as cubes. Make a well in the centre and pour in the lemon juice and 100ml cold water. Mix well, then bring everything together with your hands. 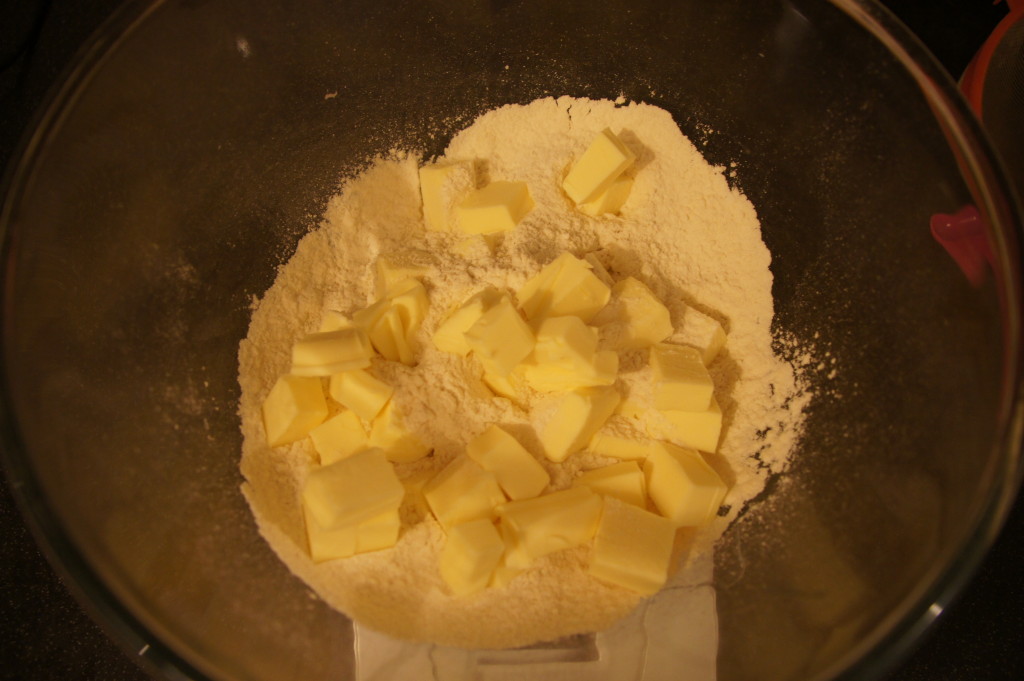 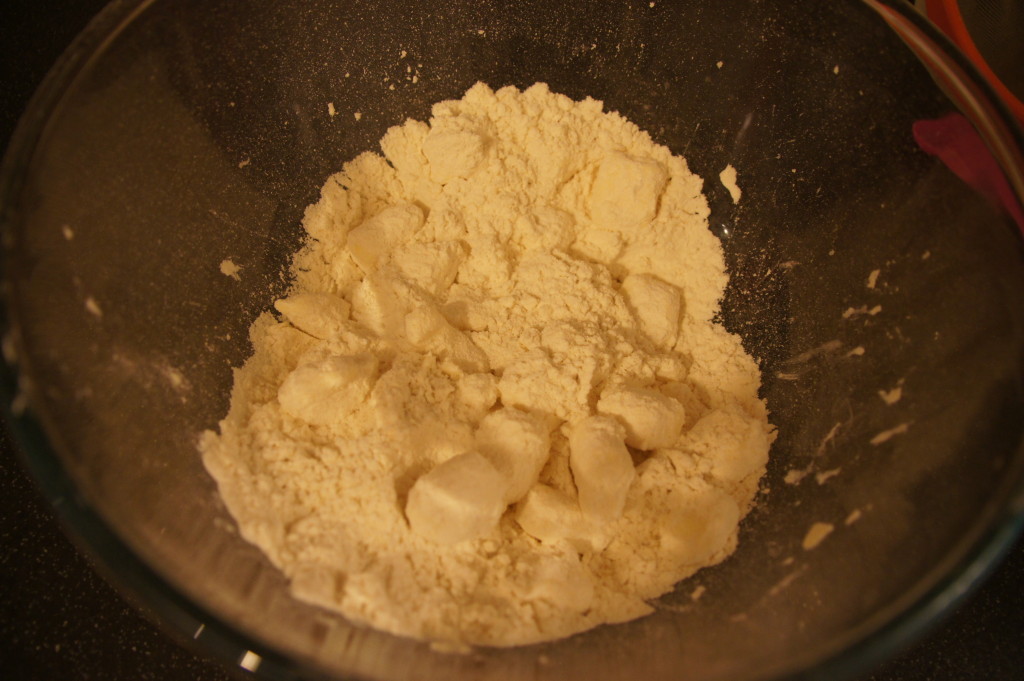 Mix together leaving the butter as cubes 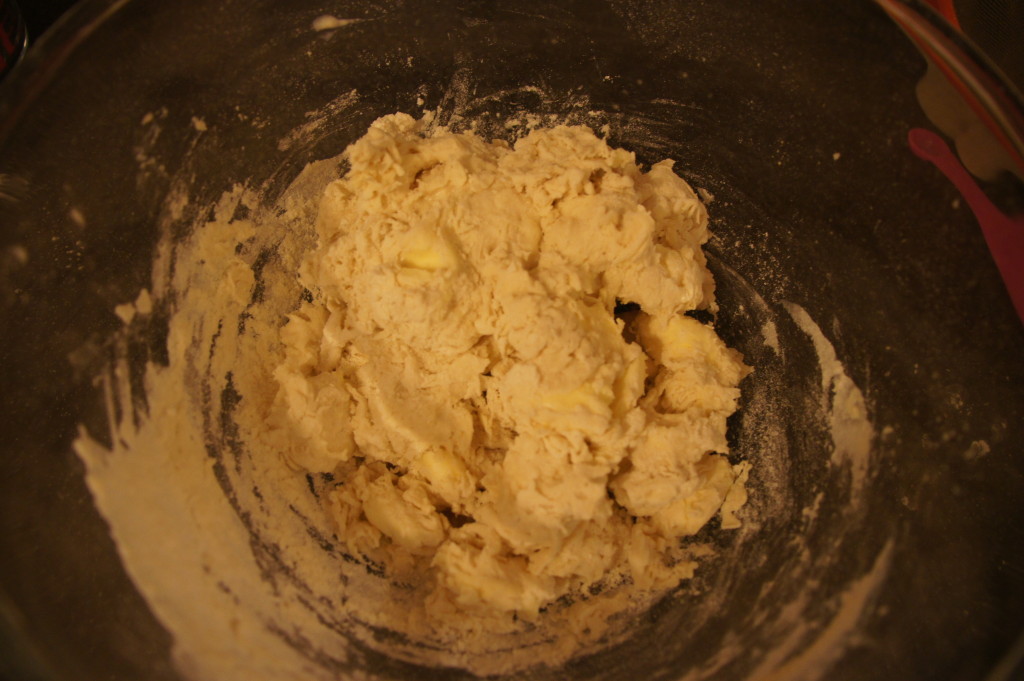 Add the water and lemon juice and mix 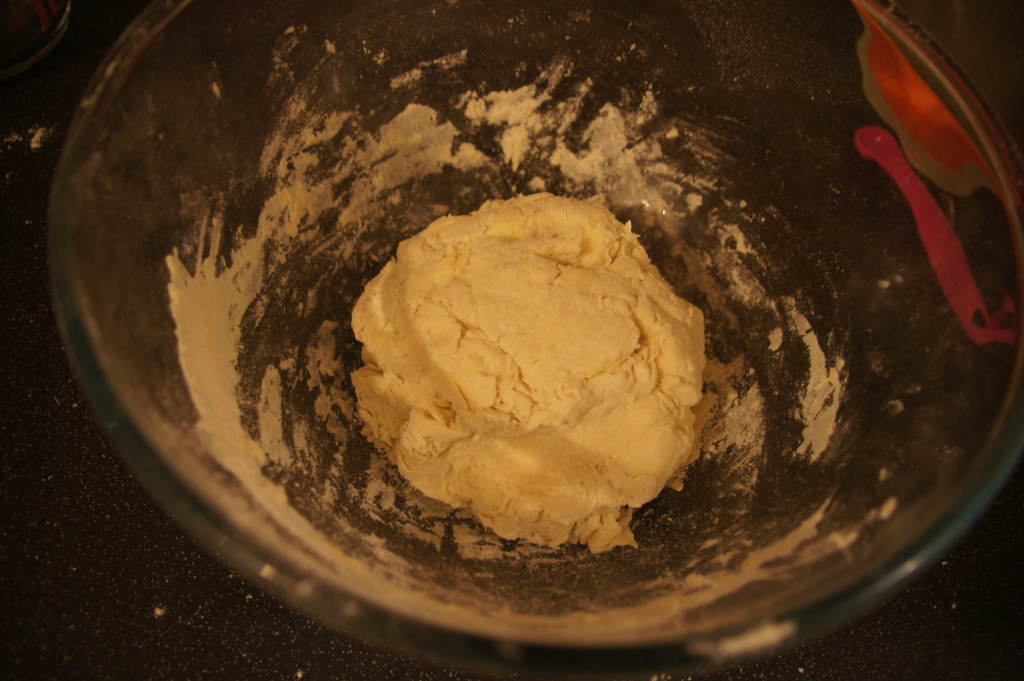 5) Tip the pastry onto a lightly floured surface and briefly kneed until smooth. Shape into a rectangle, then wrap in cling film and chill for 30 minutes. 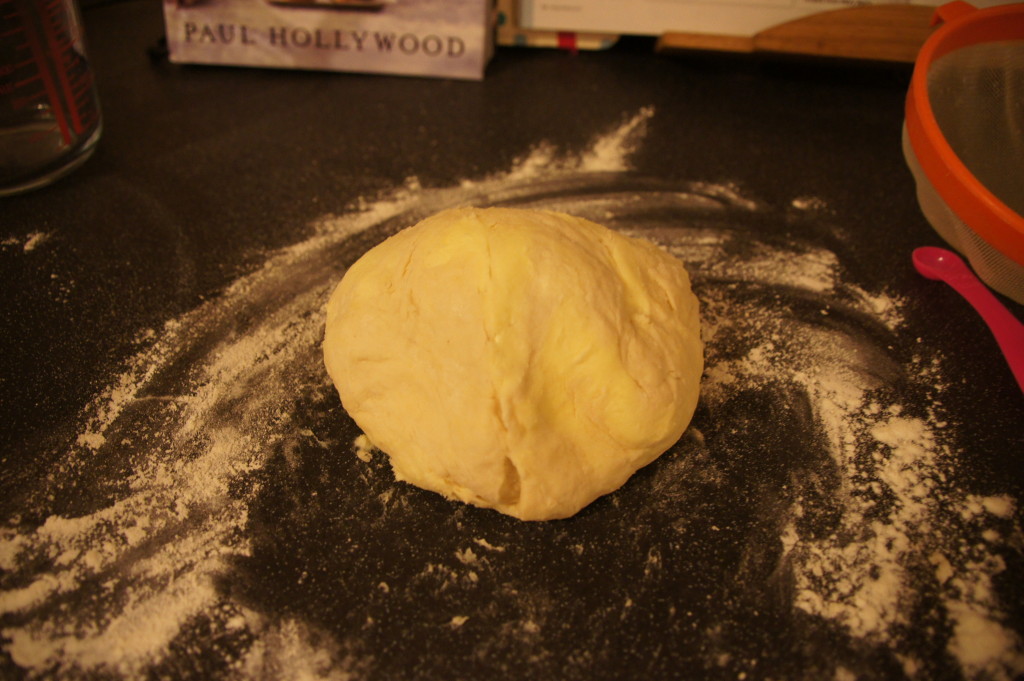 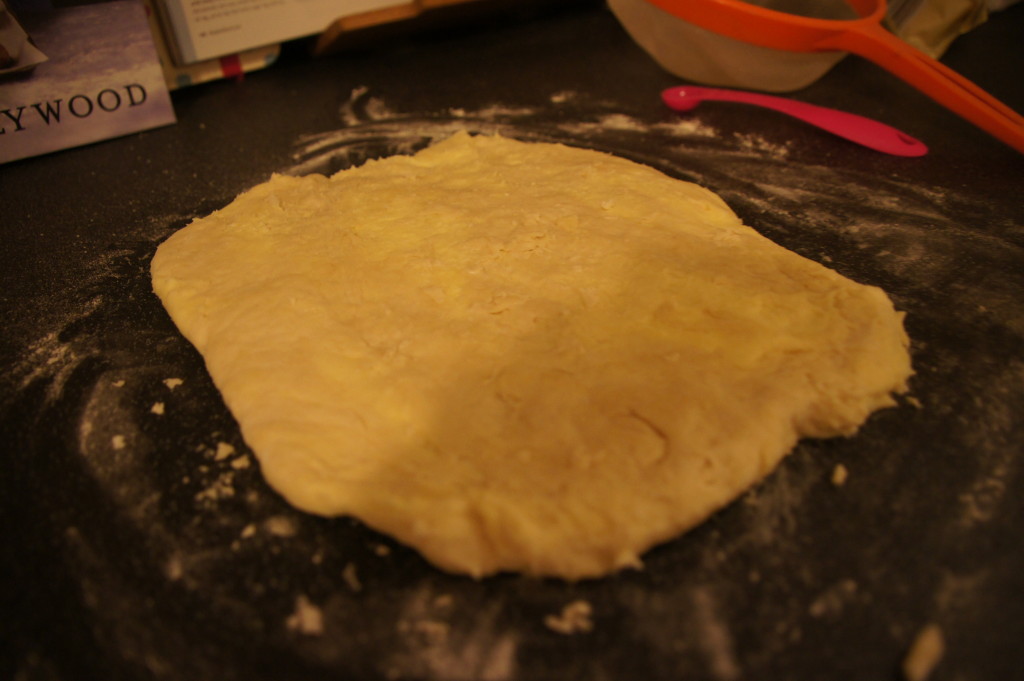 Shape into a rectangle

6) On a floured surface, use a rolling pin to ridge and roll the pastry into a rectangle. Gently tap the pastry with the rolling pin to produce slight ridges and lengthen it, then roll it away from you. The rectangle should be three times as long as it is wide (about 15 x 45cm). Keep the edges of the pastry as straight as you can. 7) Lift the bottom third of the pastry and fold it up and over the middle third. Dust off any excess flour.
8) Fold the top third of the pastry down and over the bottom third, so that you have three layers of pastry in a neat rectangle. Dust off any excess flour. Wrap and chill for 15 minutes.
9) Give the pastry a 90-degree right turn so it faces you like a book. Repeat steps 6-8 four more times, always starting with the pastry facing you as it was after the last fold and giving it a turn. Chill for 30 minutes. 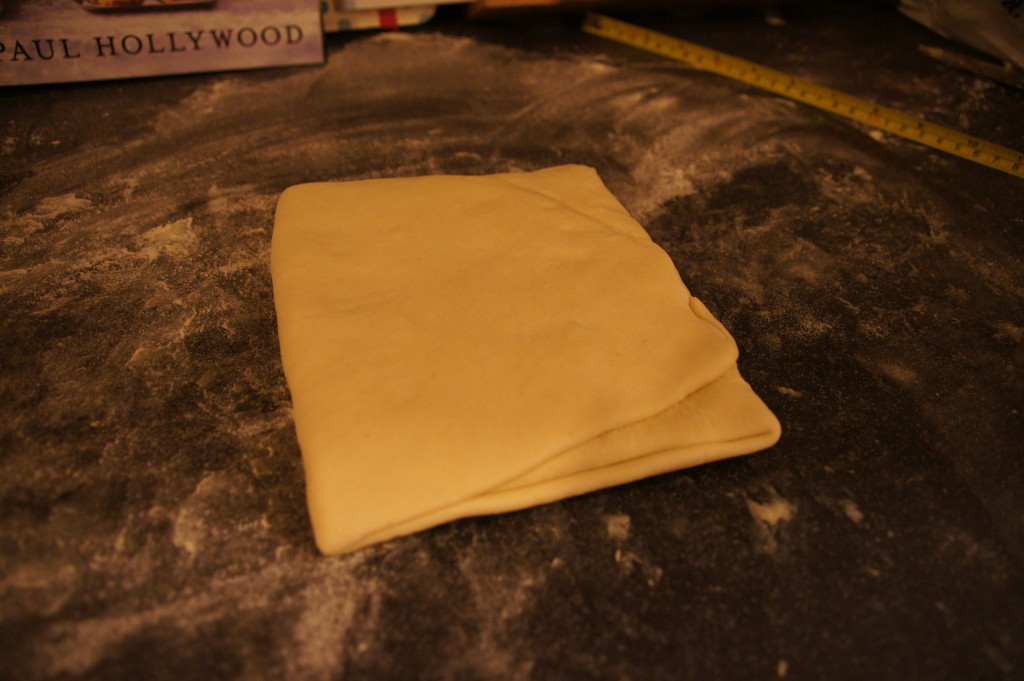 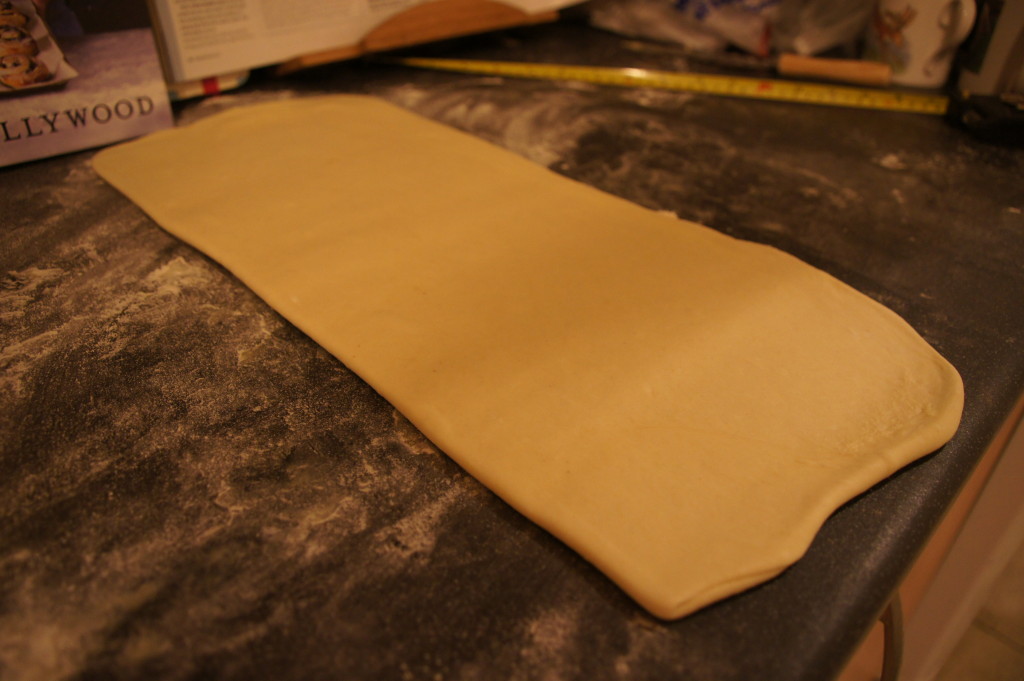 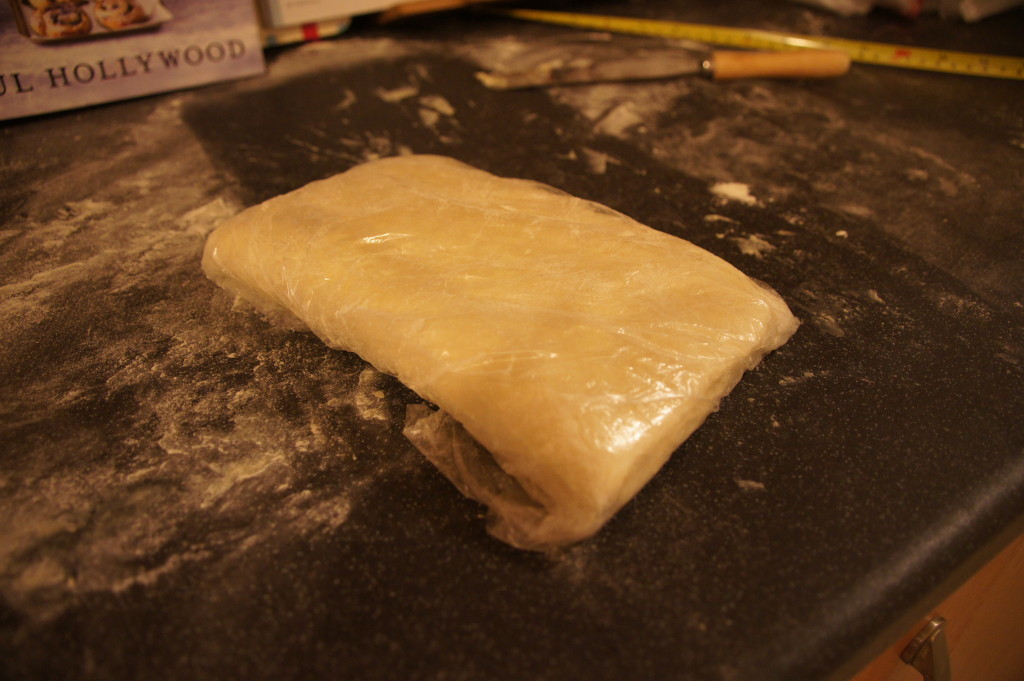 11) Cut the pastry into 3 long strips measuring 30 x 10cm. Transfer to 2 baking sheets lined with baking parchment and chill for 30 minutes or until firm. 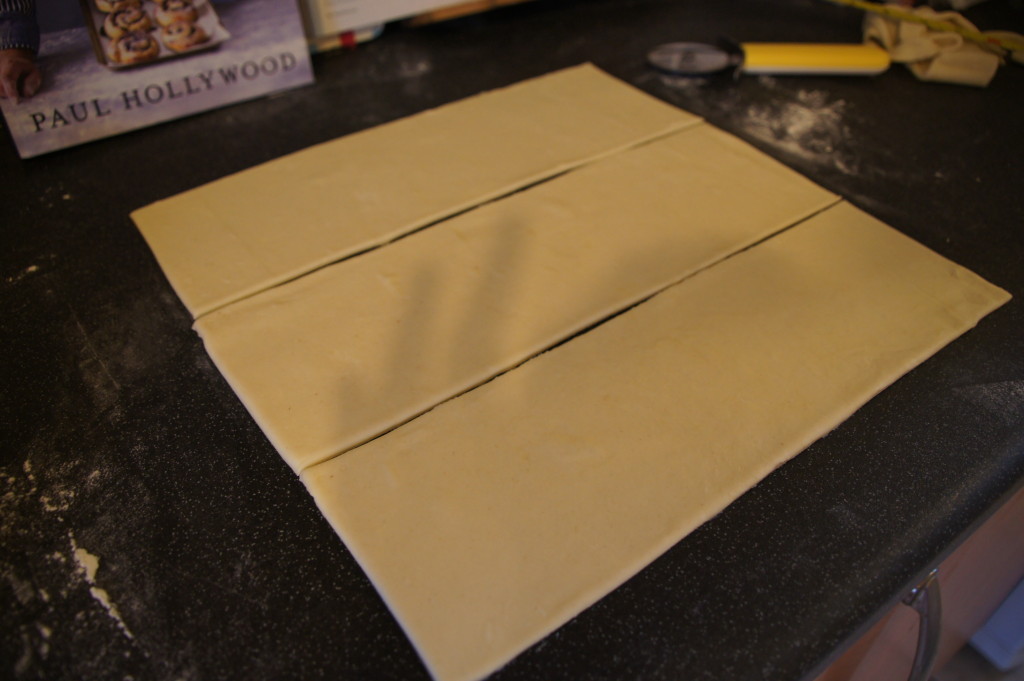 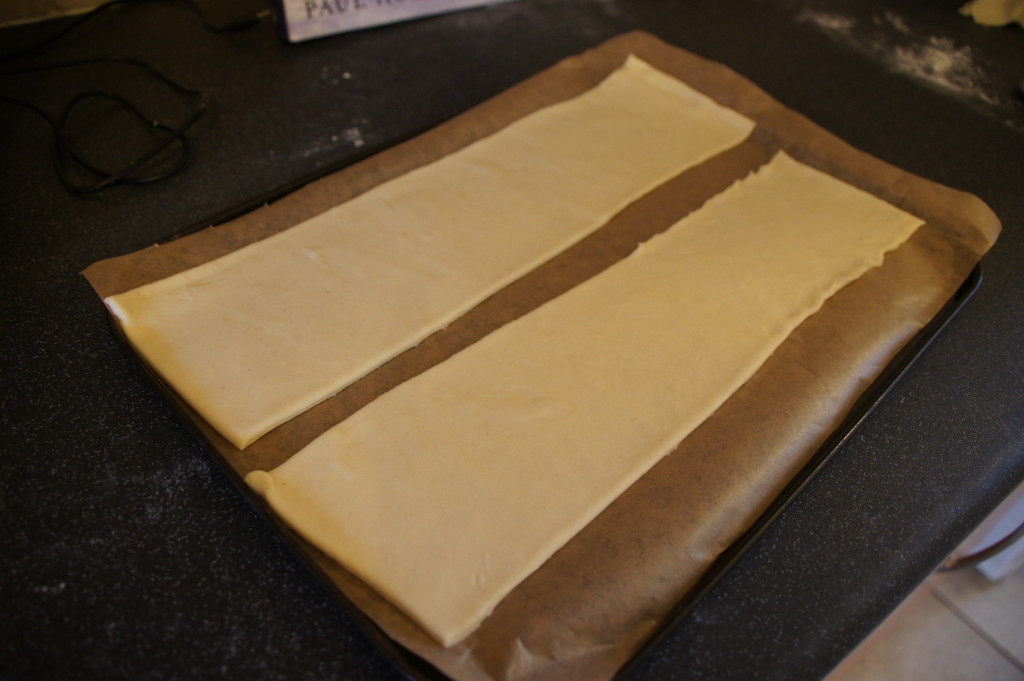 12) Top each tray with a sheet of baking parchment, then stack on top of each other. Put another baking tray on top and weigh down with another ovenproof dish. Bake for 25-30 minutes or until golden brown and crisp. (In reality I found it took a lot longer than this – nearer to 45-50 minutes for all my pieces of pastry to be golden brown. Once they’d had 30 minutes and were flat I separated them out to help them crisp up.)
13) Leave the pastry to cool a little, then trim the edges if needed. Then cut each sheet into 6 smaller rectangles. (The second time I did this I found it helpful to stack my 3 sheets of pastry on top of each other so that each millefeuille would be equal in size and width.) You should end up with 18 pieces measuring about 10 x 15cm. 14) Transfer 1 piece of pastry to a serving plate, pipe over blobs of Creme patissiere, then top with some raspberries and another layer of pastry. 15) Add another layer of Creme patissiere and raspberries. Dust a third piece of pastry with icing sugar and place this on top (you can decorate with more raspberries on top if you want but as mine were travelling to London I didn’t!) Repeat wit the remaining pastry to make 6 millefeuilles.