Summer is most definitely here but unfortunately that means the thought of spending lots of time in the kitchen loses its appeal. I haven’t done a lot of baking recently. I did make these honeycomb crunchies last week using the left over honeycomb from my last post. They didn’t last long! A couple of weeks ago I spotted some reduced rhubarb whilst shopping so bought it and promptly left it in the fridge. After a long day yesterday I decided some baking was in need. I had spotted this rhubarb and lemon curd cake and decided that as I had some left over lemon curd from the meringue roulade I made a little while ago this was obviously the recipe to try. It was easy to make as the rhubarb doesn’t require cooking beforehand. Lemon and rhubarb is not a combination I’ve tried before but it definitely works and this makes a summery cake with a nice texture. The recipe calls for forced rhubarb but I just used normal – it won’t taste any different – it just won’t be pink in colour. Method:
1) Heat your oven to 180C/160C Fan/Gas 4. Lightly butter a deep, round 20cm cake tin and line the base with a circle of non-stick baking parchment.
2)Place the butter in a large bowl and beat with an electric whisk until light and fluffy, then add the caster sugar and lemon zest and beat again. 3) Gradually add the eggs to the mixture, beating well with each addition, until fully combined. The mixture will begin to look glossy (if at any stage the mixture curdles, beat in a spoonful of ground almonds and continue to add the egg until it is all mixed in). 4) Stir in the ground almonds, then the flour, and fold everything carefully together using a large spoon. Fold through half the rhubarb, then transfer the mixture into the prepared cake tin and scatter with the remaining rhubarb. Finish with the demerara sugar sprinkled on top. Bake the cake for 45 mins (I found mine needed more like an hour), or until a skewer inserted into the middle comes out clean. 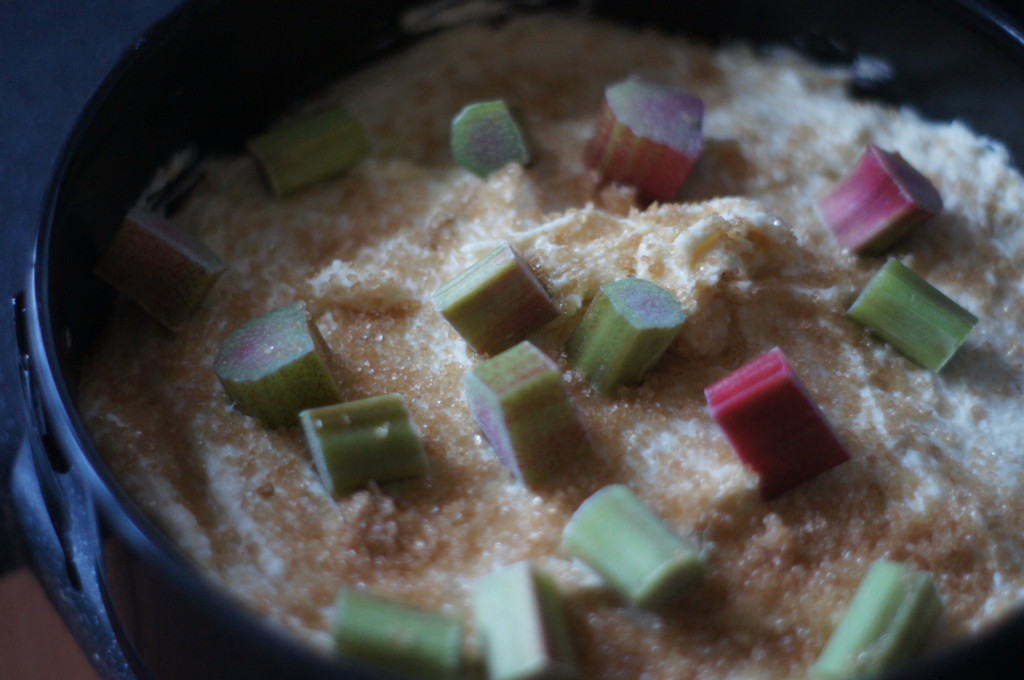 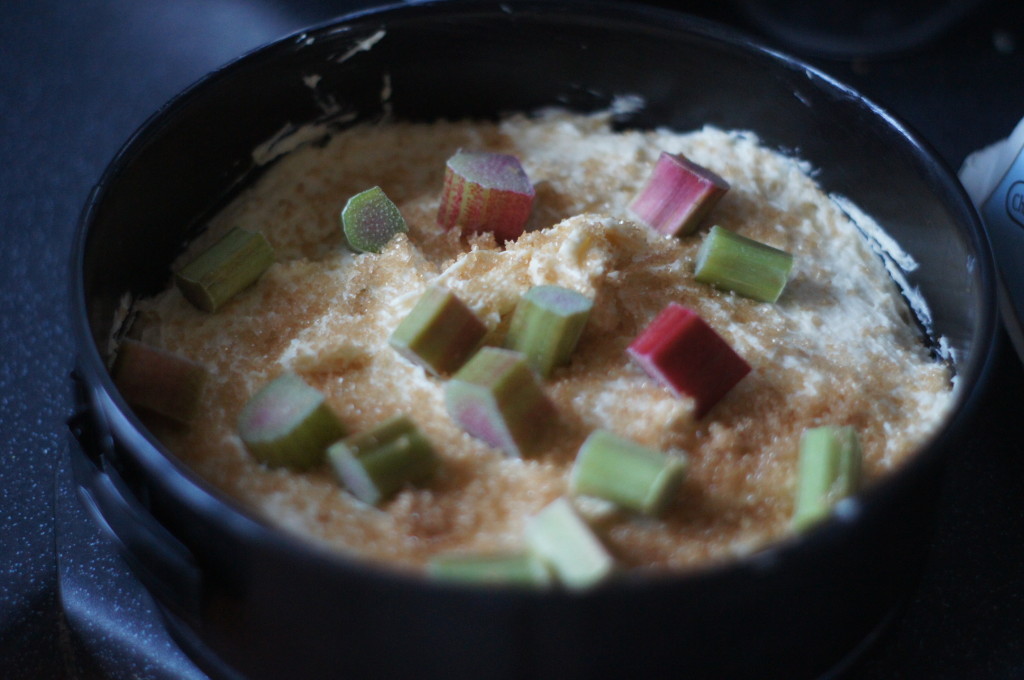 5) Transfer to a wire rack to cool slightly in the tin, then remove from the tin. When the cake is cold, make the topping. 6) Once the cake is cool, whip the cream in a large bowl until it forms soft peaks (with hindsight you might want to use 100ml of cream as I felt 75ml produced quite a thin layer). In a small bowl, loosen the lemon curd with about 1 tablespoon of water and carefully fold it through the cream, without overworking. Spread over the cake, drizzle with a little more lemon curd and serve immediately. 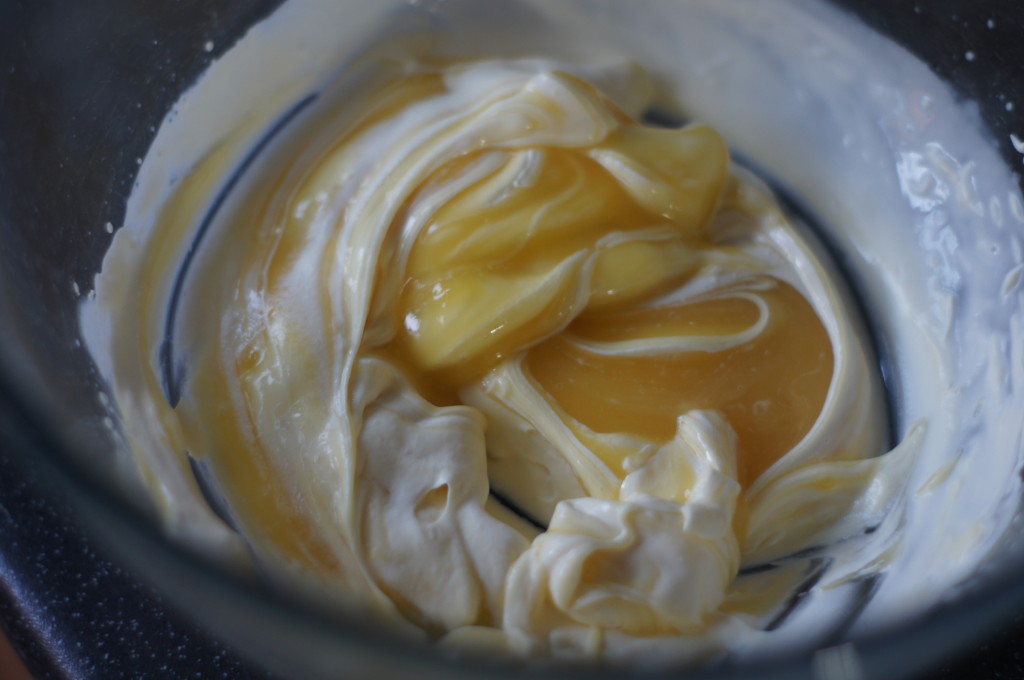