I was going to make these a few weeks ago after seeing the recipe in June’s Good Food magazine and never got round it. Mr Birdie and I celebrate our 11 year anniversary this weekend (not sure where that time has gone – I’m sure it’s only yesterday I was at university) and as I’ve been on half term this week (meaning I had the time to make the dough) I decided it was a good opportunity to make something special for our breakfast. These croissants are a labour of love! You need to allow plenty of time – don’t think you can whip these up in a couple of hours. You will need to chill the dough overnight and then they need 2 hours resting time after they’re made and shaped. Although I’ve made rough puff pastry before this was the first time I’d attempted anything like this.

This is a James Martin recipe from BBC Good Food. It’s not online yet but this is a similar recipe and method. This recipe will make 12-14 croissants. Method:
1) Put the flour, salt and sugar in a mixing bowl. Measure 300ml cold water into a jug, add the yeast and stir. Make a well in the flour and pour int he liquid. Mix, then knead on a work surface for 10 minutes (this is quite a workout! My arms were aching but it’s worth it as you will be rewarded with a smooth dough.) Shape into a ball, put in a lightly oiled bowl, cover and chill for at least 2 hours. 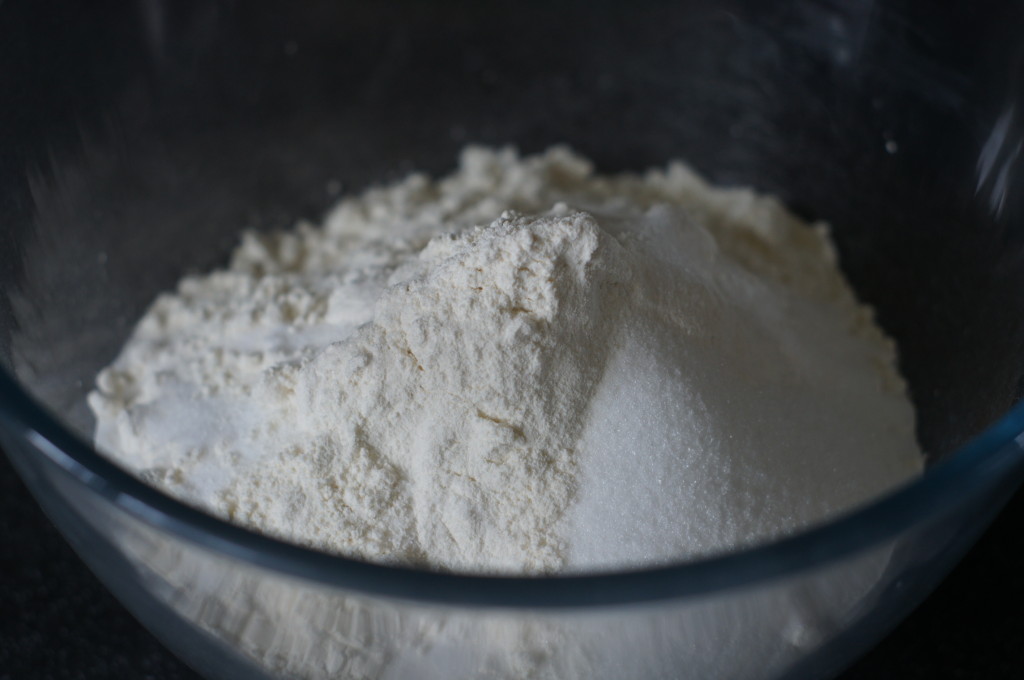 Put the flour, sugar and salt in a mixing bowl 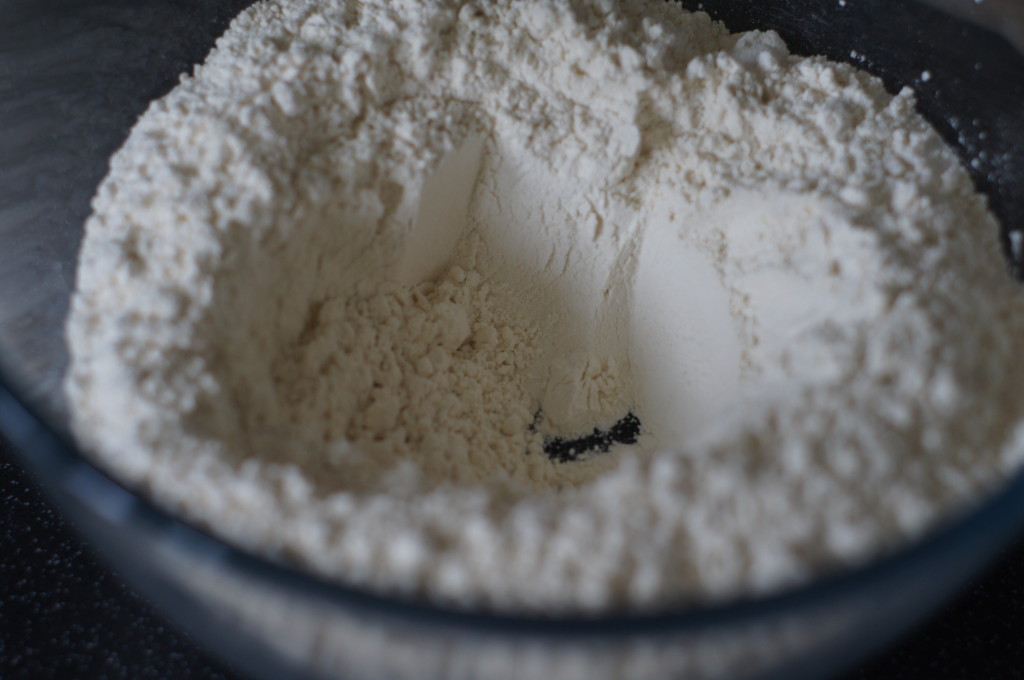 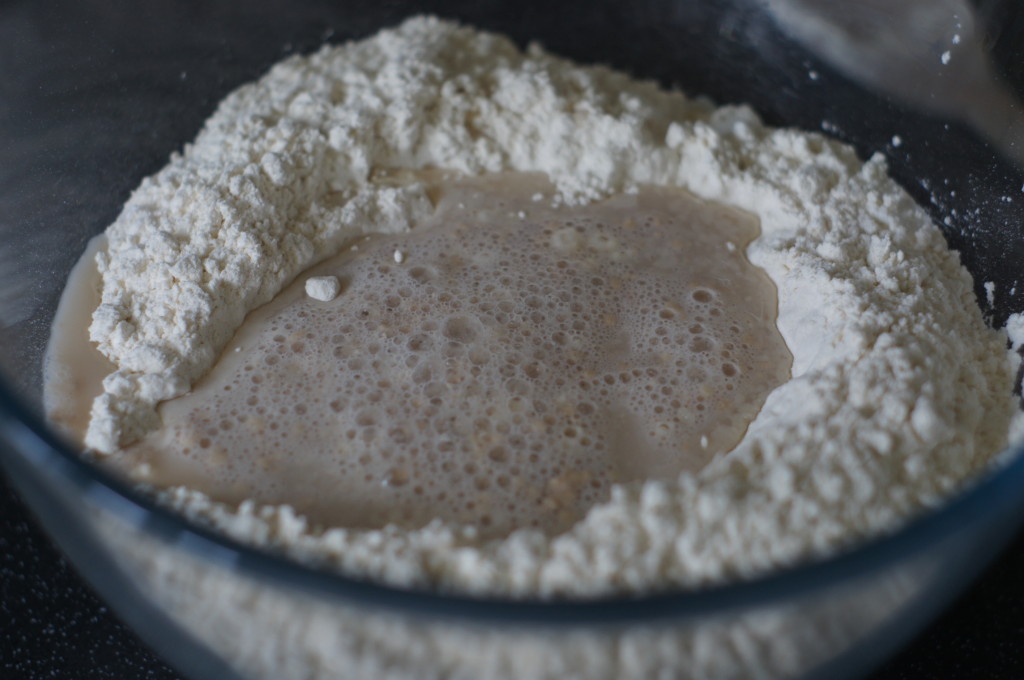 Pour in the liquid 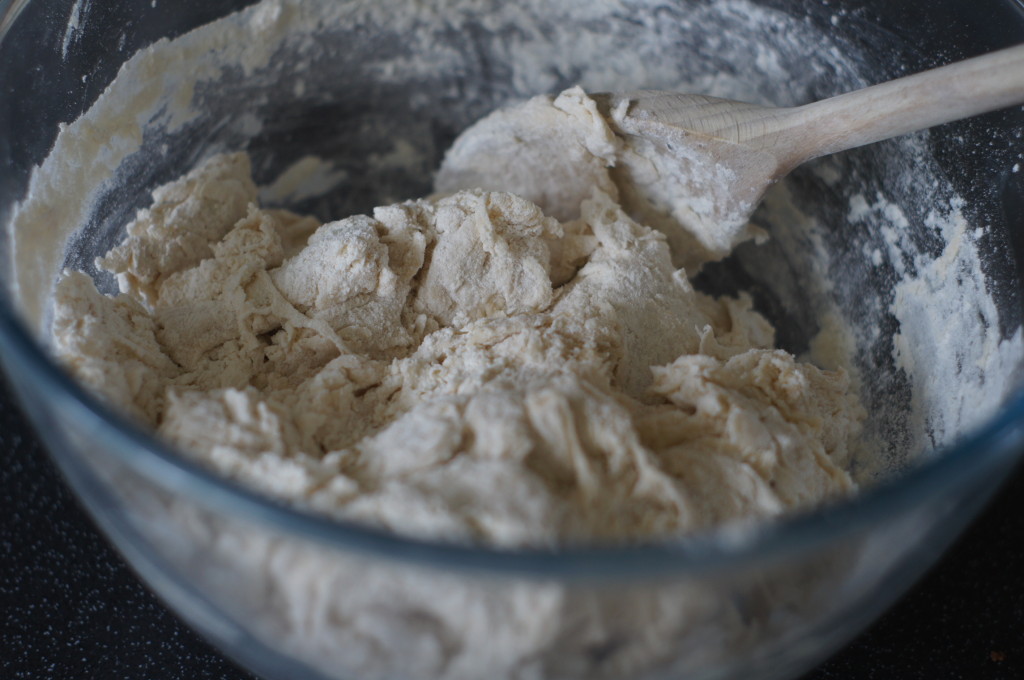 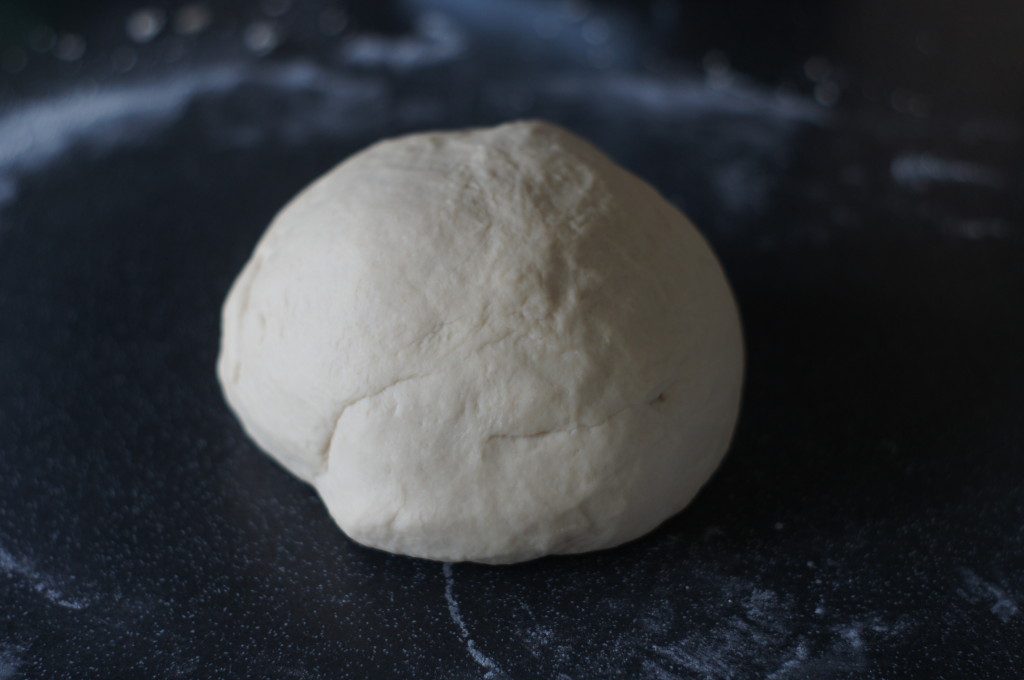 Knead for 10 minutes then shape into a ball 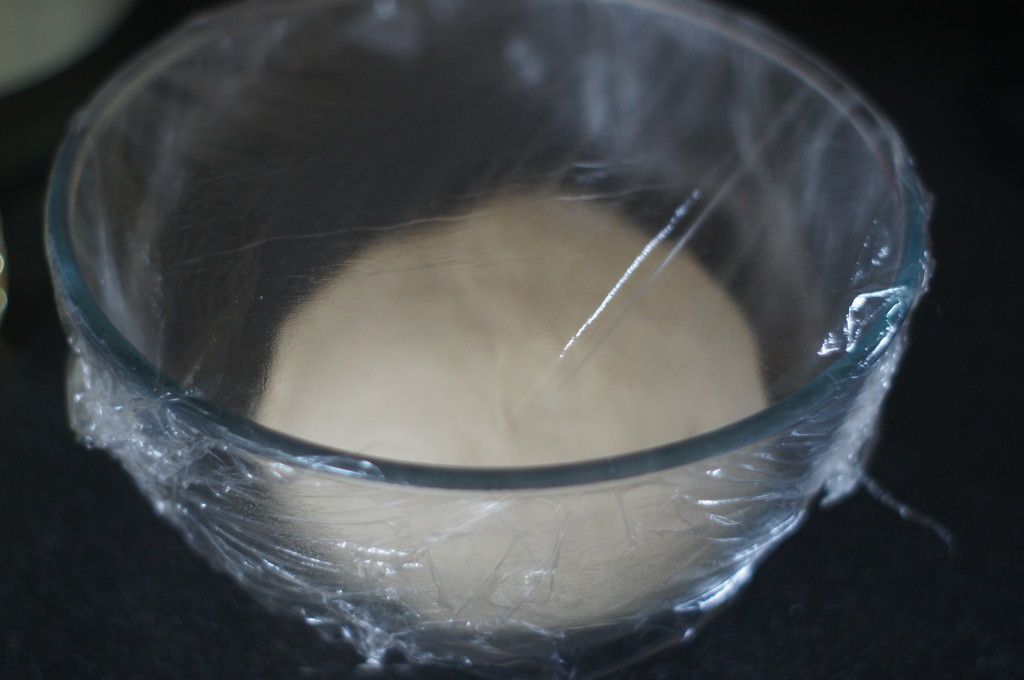 Chill for 2 hours in a lightly oiled bowl

2) Whilst your dough is chilling put the butter between 2 sheets of baking parchment. Using a rolling pin, bash and roll it into a rectangle about 20 x 15cm. Leave it wrapped in the baking parchment and chill. 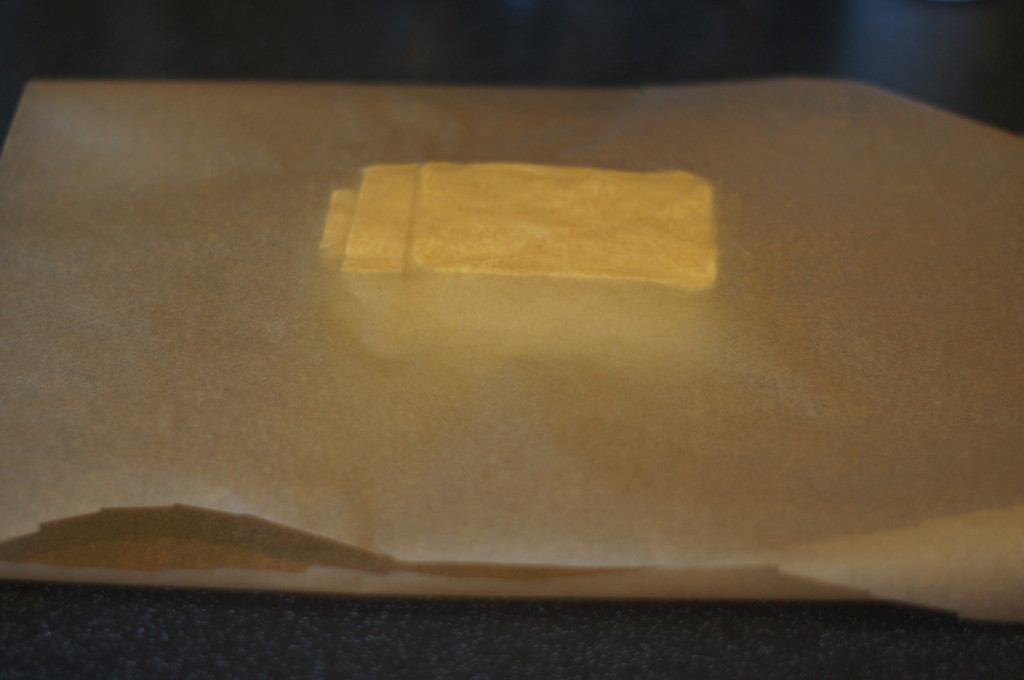 Put the butter between 2 sheets of baking parchment 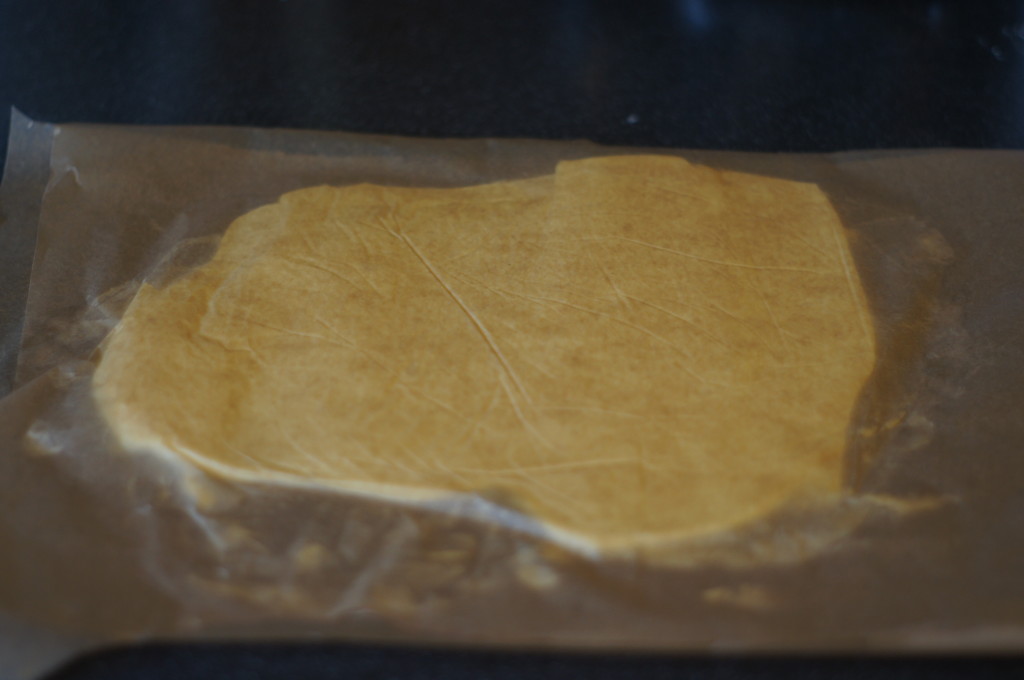 Roll and bash into a rectangle

3) Transfer the chilled dough to a floured work surface and roll into a 40 x 20cm rectangle. Place the unwrapped slab of butter in the centre of the dough, so that it covers the middle third. 5) Fold the dough in half so that the point where the ends of the dough meet becomes the seam. Wrap in cling film and chill for 30 minutes. 6) Repeat the rolling, folding and chilling process twice more in exactly the same way (except you’re not adding any butter). Wrap and chill overnight. 7) The following morning (or later on that day) roll your dough out on a floured surface into a large rectangle, measuring about 60 x 30cm. Use a sharp knife or pizza cutter to trim the edges to neaten. 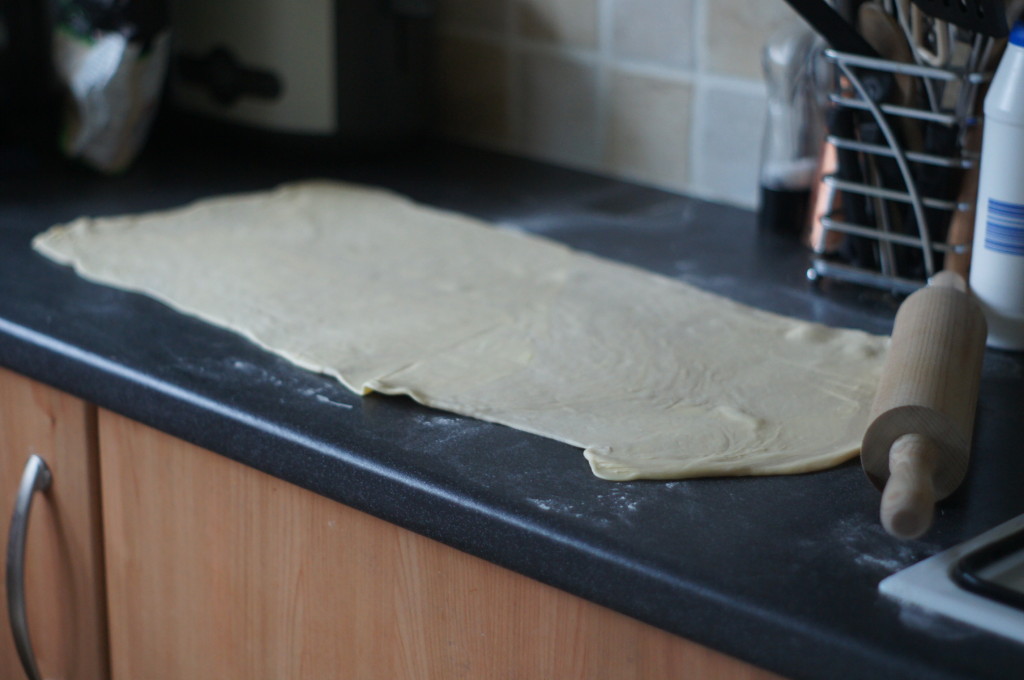 Roll out into a rectangle 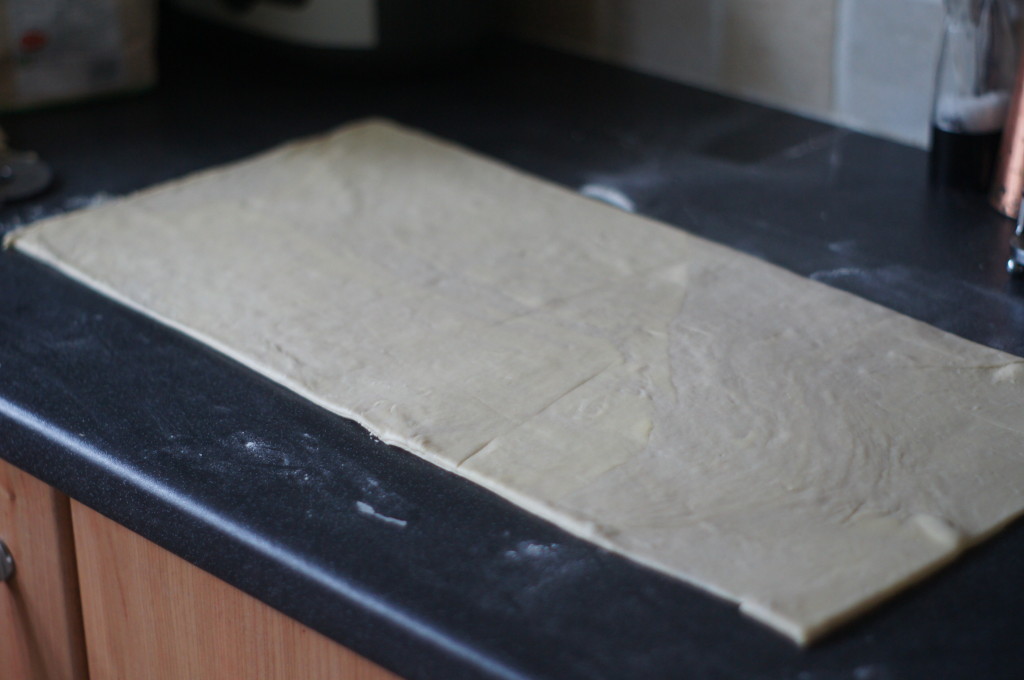 8) Cut the dough in half lengthways into two long strips. Then cut each strip into 6 or 7 triangles with equal sides. 9) Take each triangle and pull the two corners at the base to stretch and widen it. At this point you can also add any fillings you want (I opted to make half with chocolate so added a strip of dark chocolate). 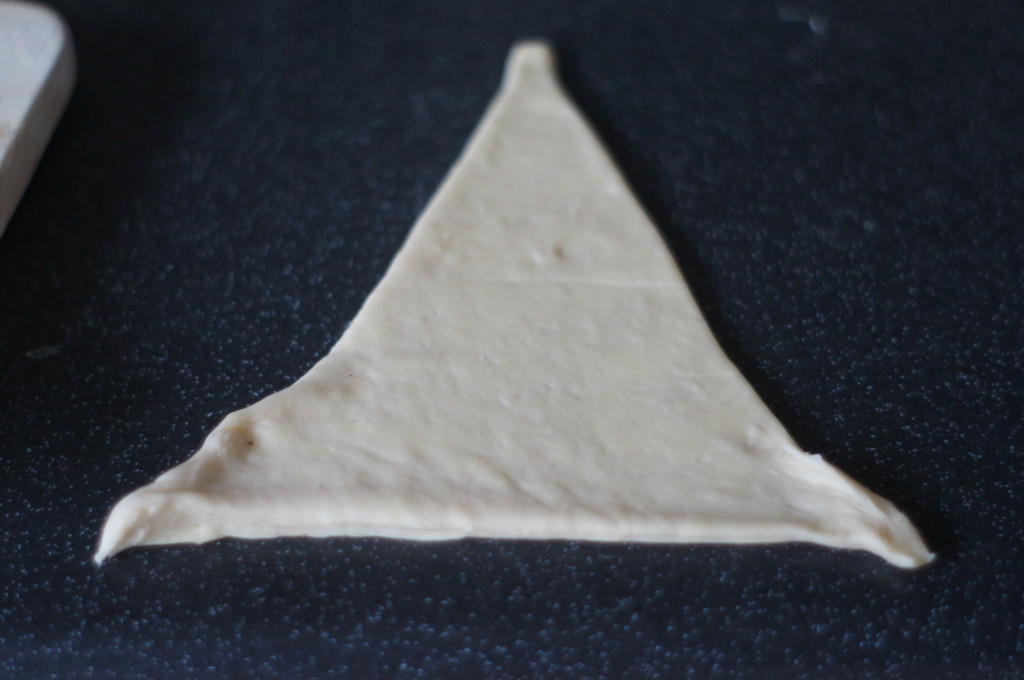 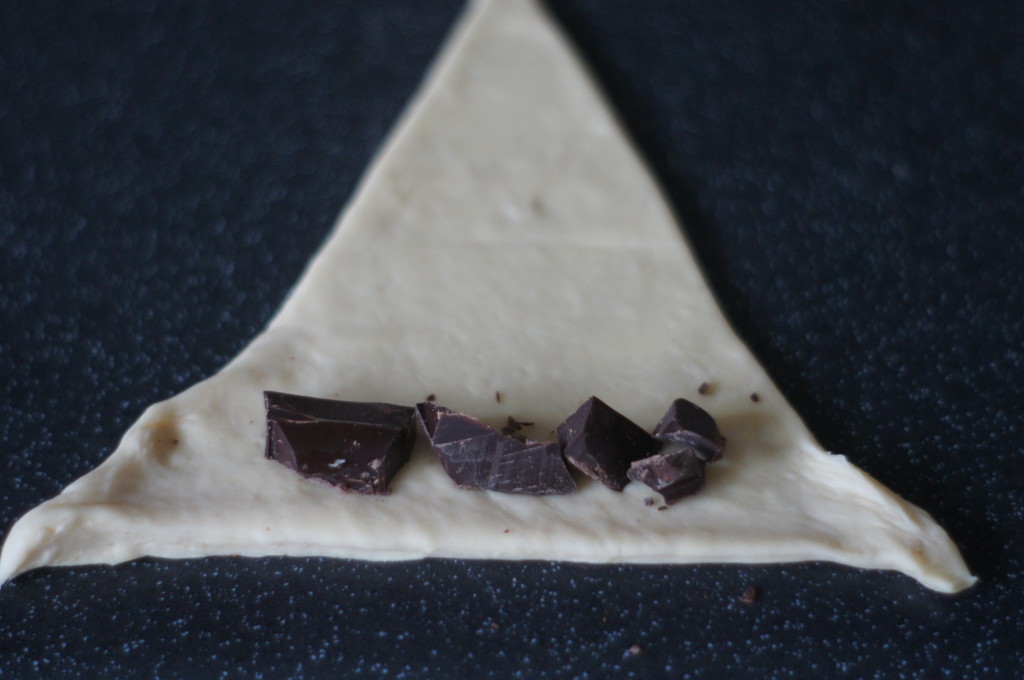 10) Starting at the base of each triangle, gently roll into a croissant, taking care not to crush the dough. 11) Continue rolling, making sure the tip of each triangle ends up tucked under the croissant.
12) Bend the ends of the croissant inwards, then transfer to baking trays lined with baking parchment, spaced well apart. Cover with lightly oiled cling film and leave to rise for 2 hours (or until doubled in size). Don’t waste any offcuts of dough – cut and roll them into small triangles to make mini croissants. 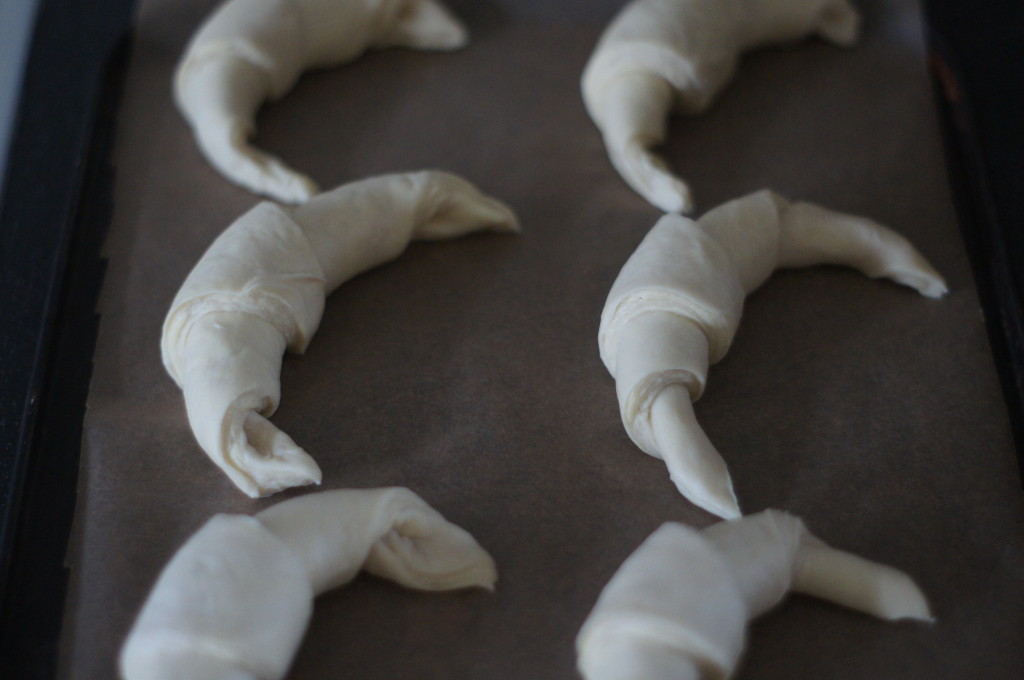 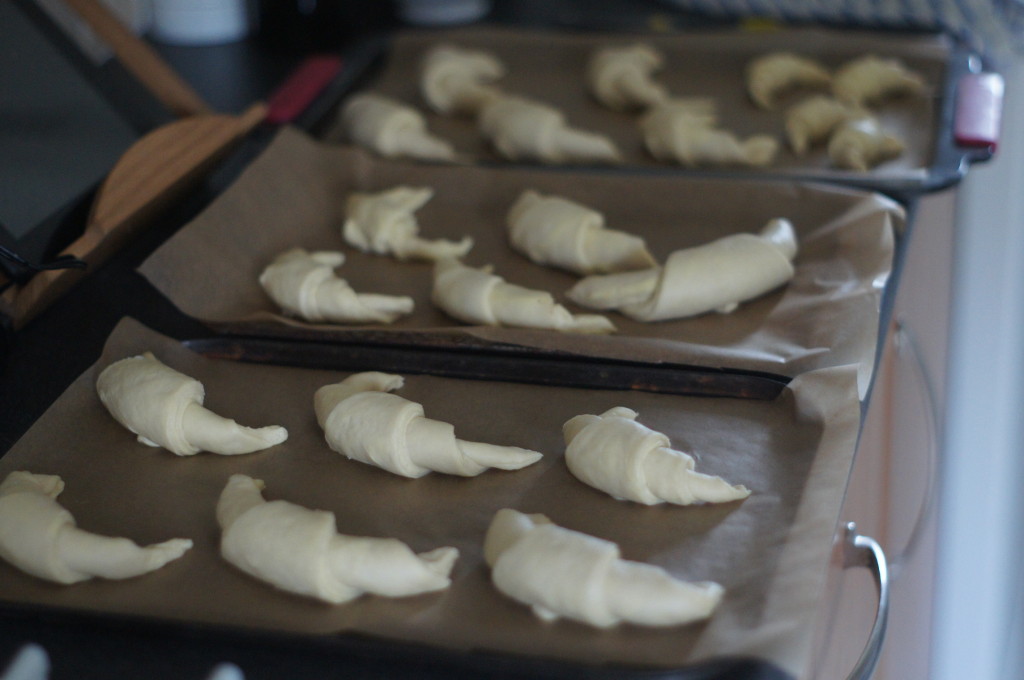 13) Heat your oven to 200C/180C Fan/Gas 6. Mix the beaten egg with a pinch of salt and generously glaze the croissants. Bake for 15-18 minutes until risen and golden brown, then cool on wire racks.
14) Enjoy! With your choice of accompaniment. (I enjoyed mine with a cup of coffee in the sunshine!) 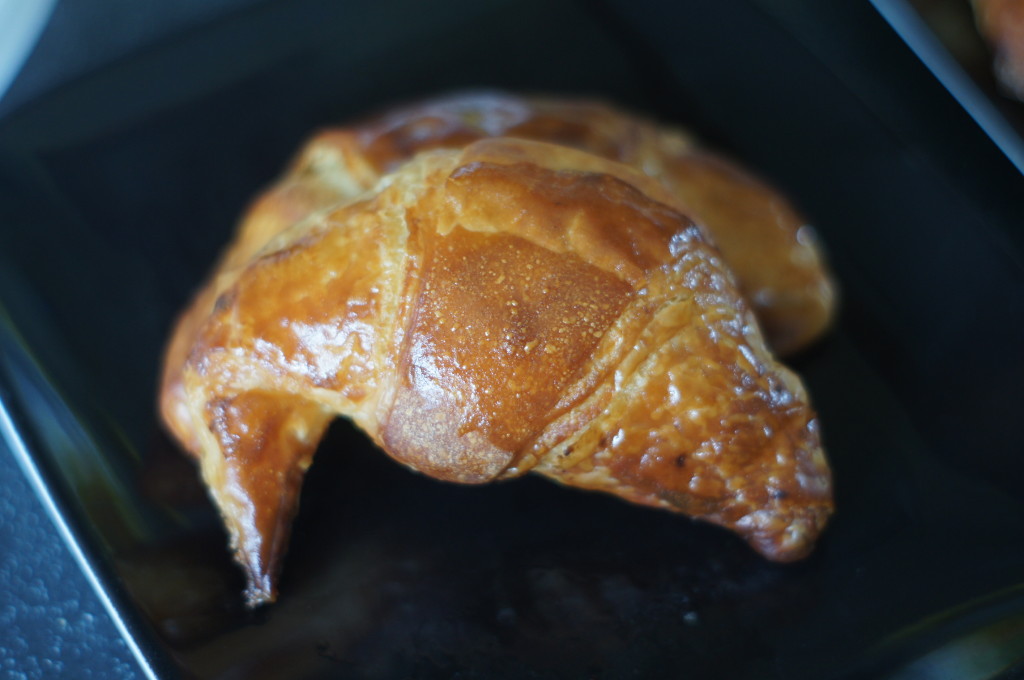 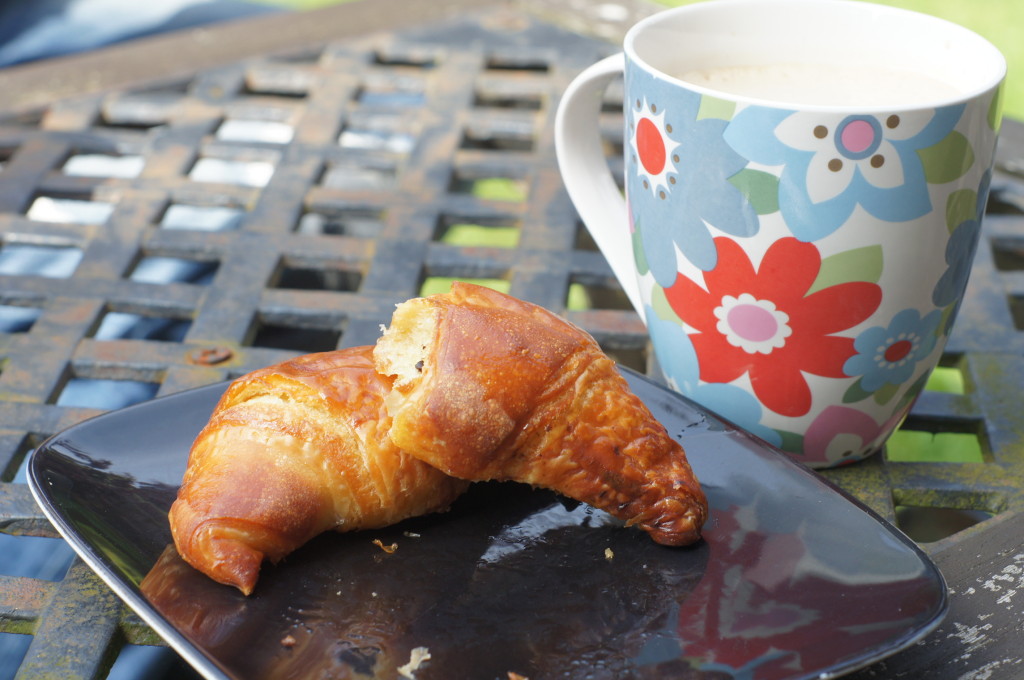