When I first made these Cadbury’s Creme Egg brownies last year they were a BIG hit in the staffroom at school and with Mr Birdie. When I promised I would bake recently they were top of the request list! It is very rare that I make the same recipe again and again as I like to try out new recipes (the exception being my banoffee pie which is one of the few things I return to) so I didn’t want to use the same recipe that I used before. After a bit of research I decided on this Eric Lanlard recipe which has been doing the rounds on Twitter and Facebook. It’s not too dissimilar to the recipe I used before.

This recipe will make 10 brownies using a rectangular tin (a square one will work as well – just reduce the number of Creme Eggs). Method:
1) Preheat your oven to 180C. Grease and line a brownie tin with butter and baking paper.
2) Melt the chocolate and butter in a glass bowl over a pan of simmering water (making sure the bowl and water don’t touch). Once melted remove the bowl from the pan. 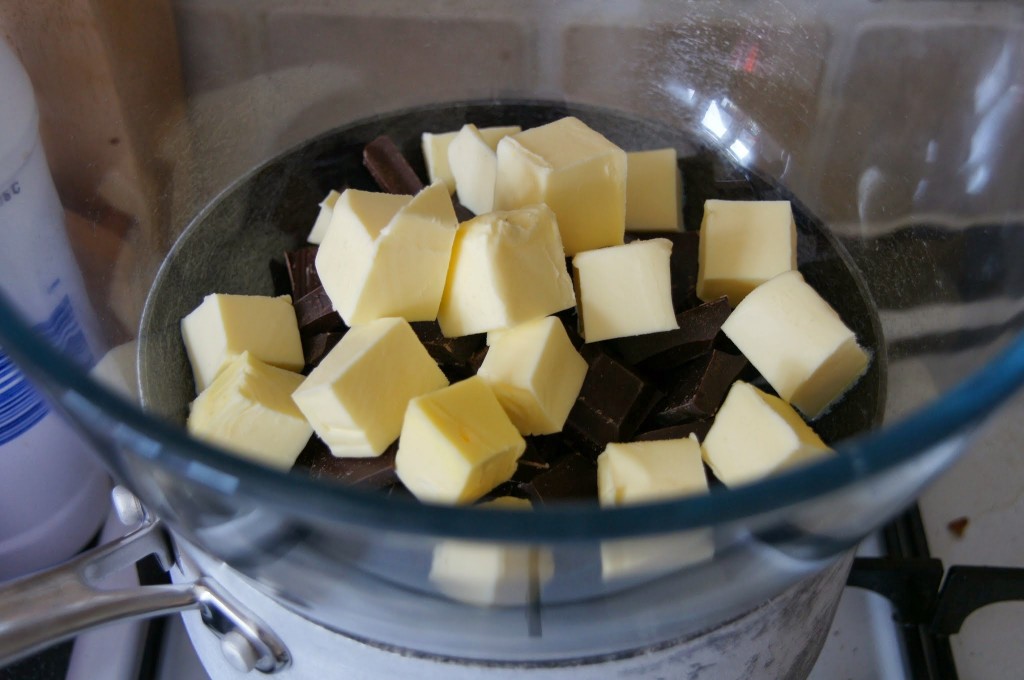 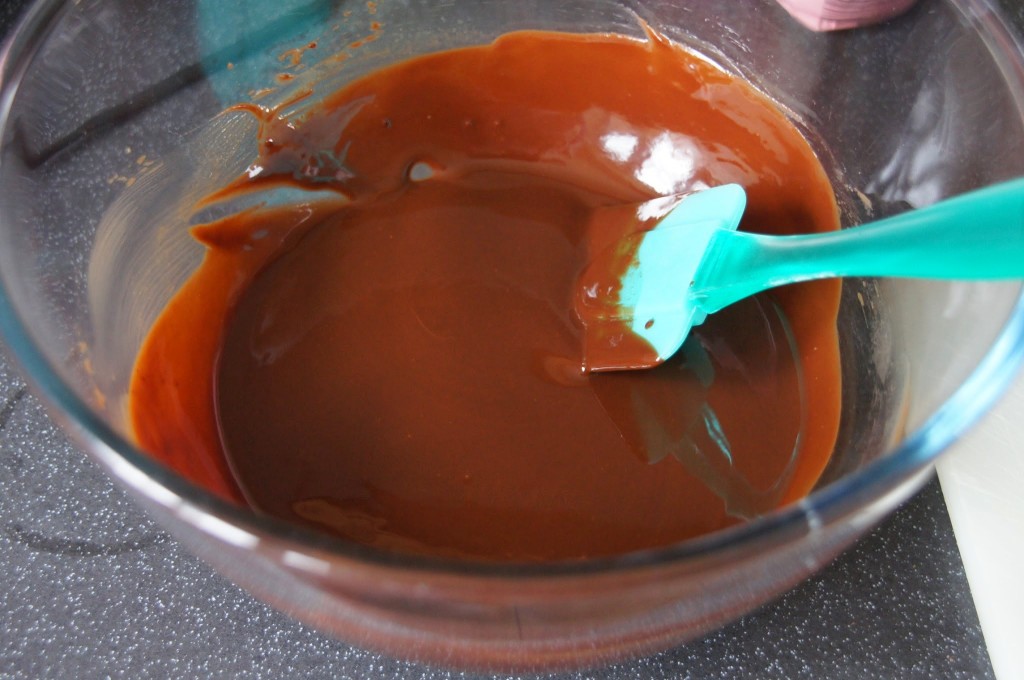 3) Stir in the sugar, vanilla and coffee (the mixture will be quite runny at this point). Beat the eggs with a fork and stir them into the mixture. 4) Once the mixture is smooth sieve the flour into the bowl and then fold in. 5) Pour the mixture into the prepared tin and bake for 15 minutes. 6) While the mixture is baking halve your Creme Eggs (this is tricky – Mr Birdie did this when I made them before but I was brave and did them myself this time. I found using a sawing motion with a serrated knife worked well). 7) After 15 minutes, remove the mixture from the oven and push in the Creme Egg halves. Put back in the oven for another 10 minutes until the mixture is set but is slightly sticky. 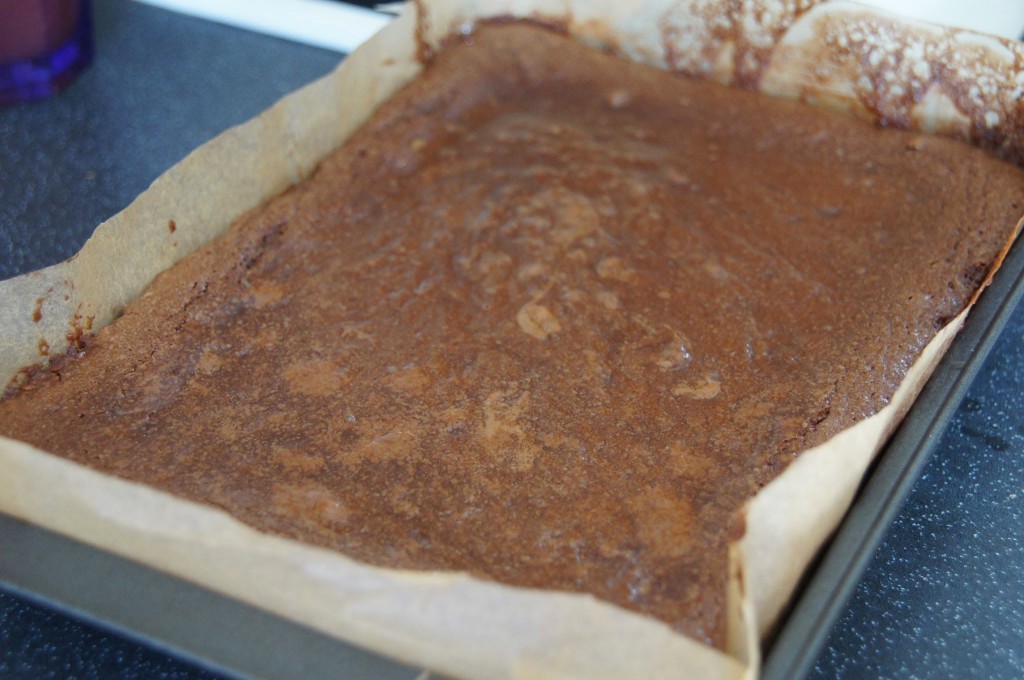 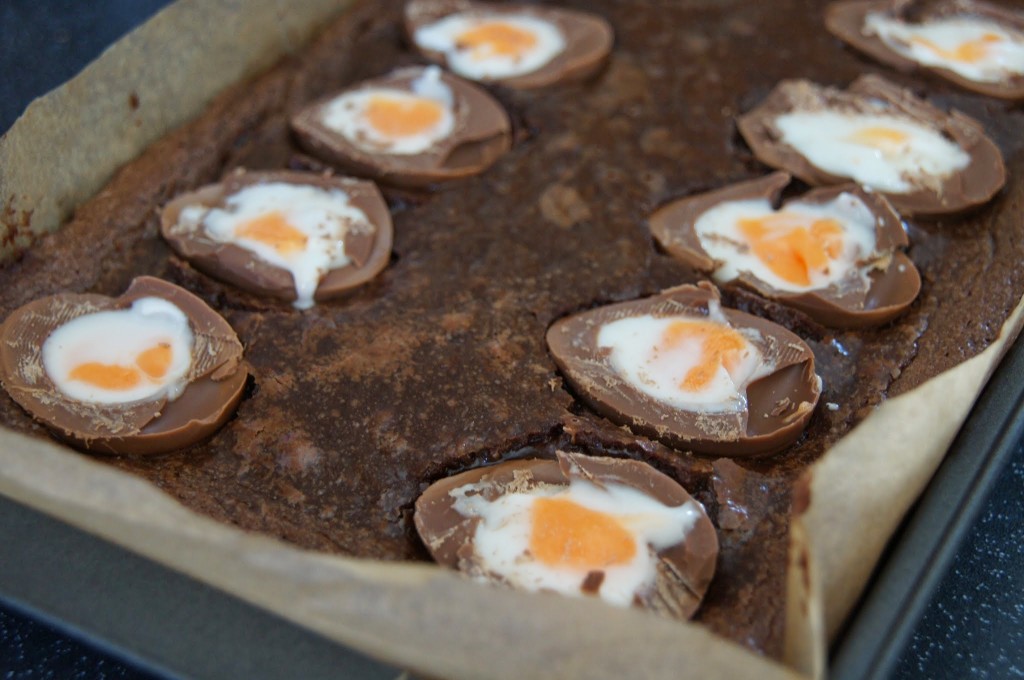 8) Leave to cool completely before slicing. 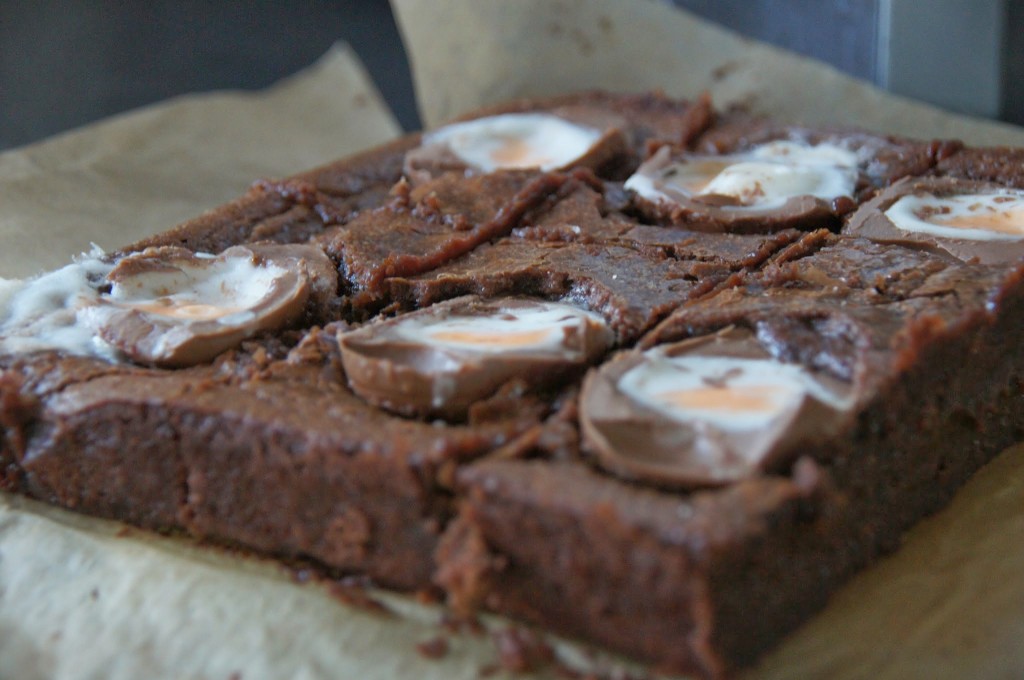 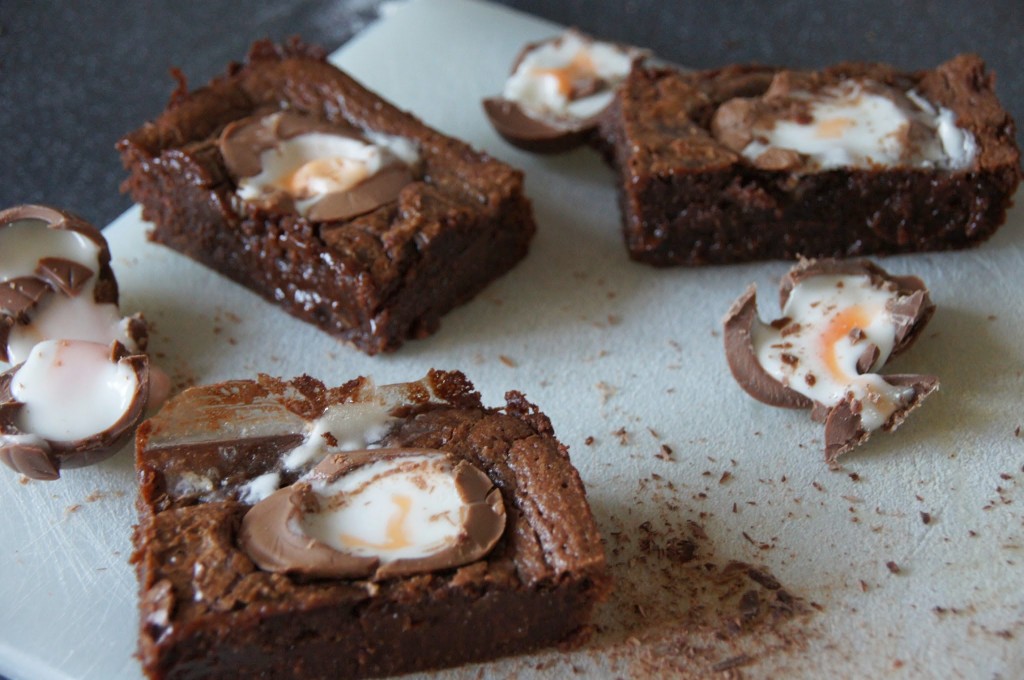