I saw this recipe on Twitter ages ago and immediately knew I wanted to make it. Brownie and meringue as a cake – what a combination! A little while ago I went through a faze of being obsessed with finding meringue cake recipes. I only got round to making one (this chocolate brownie meringue cake) but I am still keen to investigate some more. Today I needed a dessert as we had some friends round for a barbecue and thought this would make a good option.

This is an Eric Lanlard recipe from his ‘Chocolat’ book. You can find it online here. As you will see from the photos I have once again failed to make a meringue that doesn’t crack – I will succeed one day! The brownie has a very gooey texture. I cooked mine for longer than the recipe states as it just didn’t seem to be cooking but in the end I think this meant that my meringue was overdone and lost some of its chewiness. I think this is definitely more of a dessert cake. It is lovely served warm with ice cream and summer berries. Method
1) Preheat your oven to 180°C/Fan 160°C/350°F/Gas 4. Grease a 22cm diameter springform cake tin (I used a 23cm one and it was fine) and line with baking paper, making sure it is at least 5cm above the rim of the tin.
2) Begin by making the brownie.Melt the butter and chocolate together in a heatproof bowl set over a saucepan of barely simmering water, making sure the surface of the water does not touch the bowl. Add the sugar, stirring until it has completely dissolved. Remove from the heat and add the egg yolks. 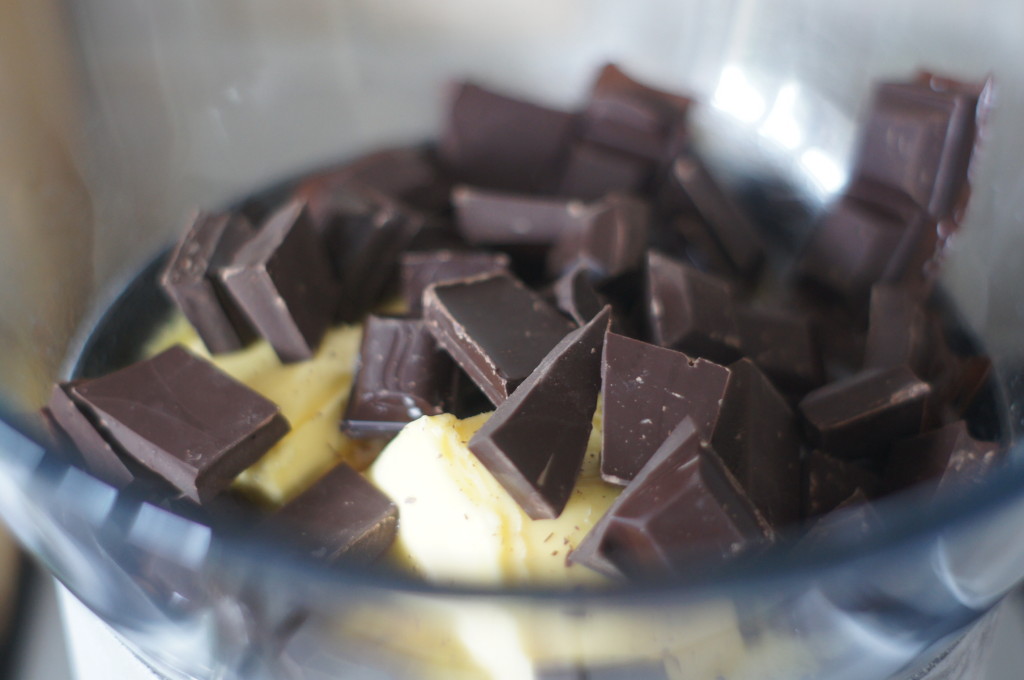 Melt the butter and dark chocolate 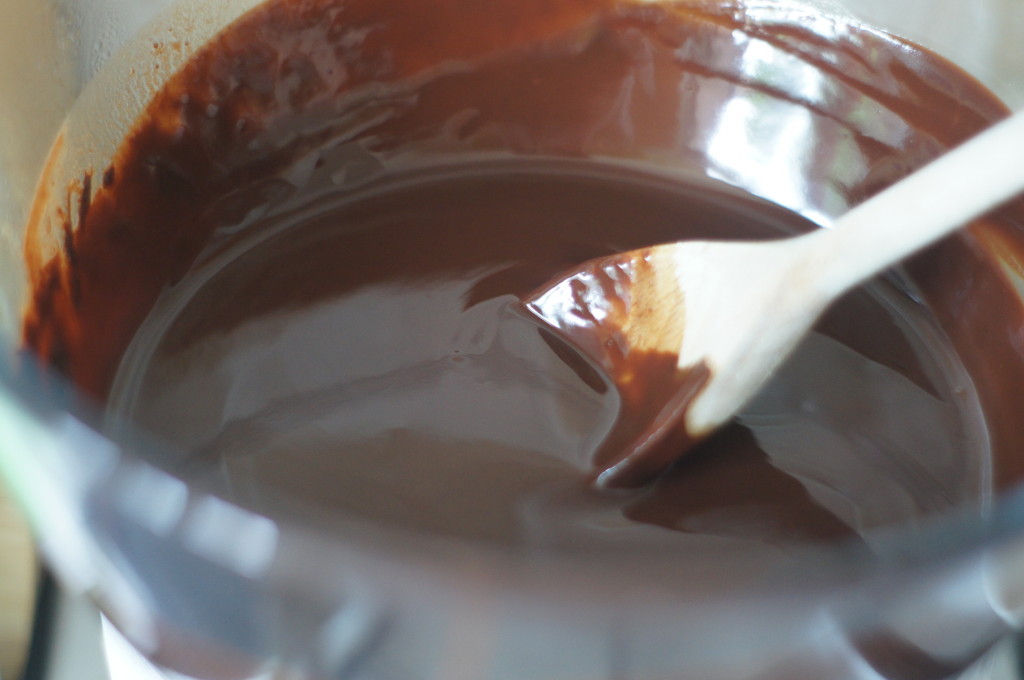 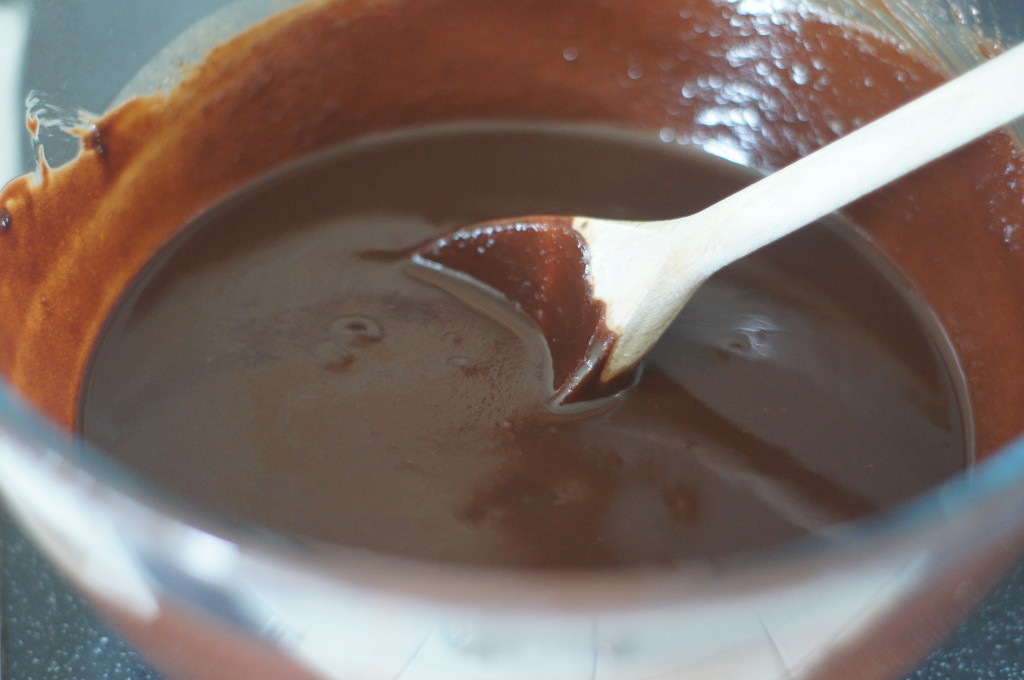 Add the sugar and stir until dissolved

3) In a clean, dry bowl, whisk the egg whites to soft peaks. Fold a couple of tablespoons of the egg whites into the chocolate mixture, then fold in the remaining whites using a rubber spatula. Spoon the mixture into the prepared tin and bake in the oven for 40 minutes. 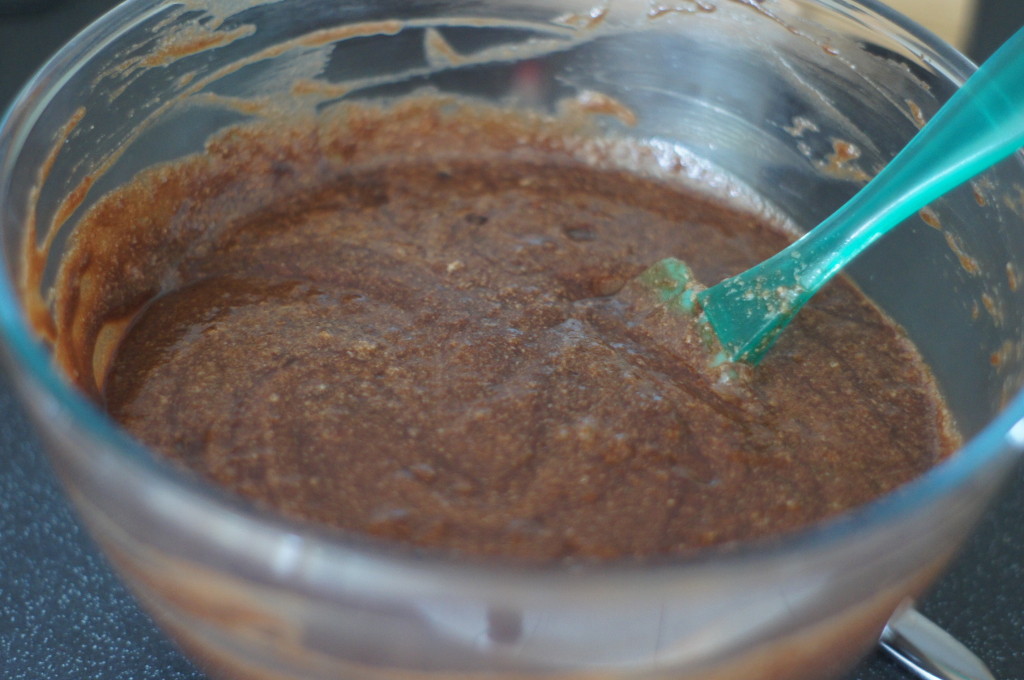 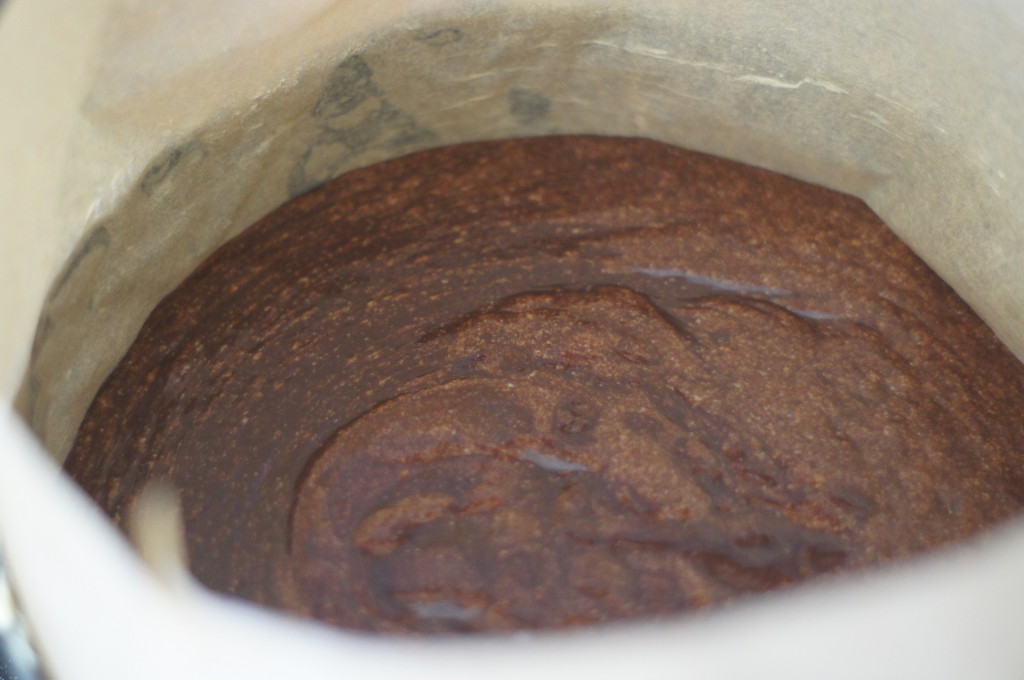 4) Then make the meringue. In a large, clean, dry bowl, whisk the egg whites to stiff peaks, adding the sugar a little at a time, then add the vanilla extract. 5) Sift the corn flour and cocoa powder together, then fold into the meringue until the mixture is even and glossy. 6) Remove the chocolate brownie from the oven (I gave mine an extra 5 minutes at this point as it was still quite runny) and cover the top with the meringue. 7) Return to the oven for a further 25 minutes (I gave mine about another 15 minutes), or until the meringue puffs up and a crust forms on the top but the centre is still soft.
8) Leave to cool in the tin. The centre will collapse slightly. Serve warm with crème fraîche or vanilla ice cream.