The weather has been decidedly autumnal this weekend with endless showers interspersed with beautiful sunshine. I picked up some Bramley apples whilst shopping and had originally thought that I would make a crumble with them. However, I then decided that I would make something to take to work tomorrow as we have a training day and will need something to keep our brains going as we tackle computer programming! After a bit of research on Pinterest I decided to bake something based on Dorset apple cake. I had spotted this Marry Berry recipe for a spiced Dorset apple traybake a few months ago.

This traybake will make 12 slices and works as a cake but could also be served warm as a dessert with some clotted cream or creme fraiche. You will need a rectangular traybake tin (about 30cm x 23cm, 4cm deep). Method:
1) Preheat the oven to 180°C/Fan 160°C/Gas 4. Grease your tin with butter and line with baking paper.
2) Quarter, peel, core and thinly slice the apples, and put them in a shallow dish. Pour over the lemon juice and toss gently together (this will stop them from going brown but will also add flavour). 3) Put the butter, muscovado sugar, flour, baking powder, ½ teaspoon of the cinnamon, the eggs and milk in a large bowl. Beat thoroughly using an electric hand whisk for about 2 minutes (or use a wooden spoon for about 3 minutes) until smooth and light. You could alternatively use a free-standing mixer with a paddle attachment (which is what I did). 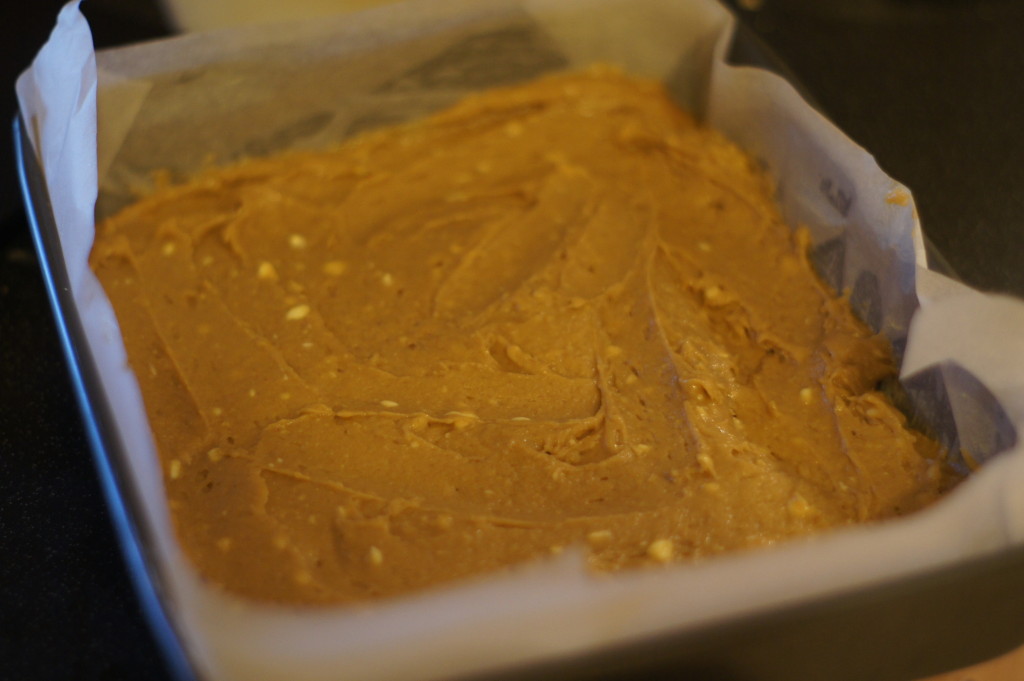 Spoon half the mixture into your tin 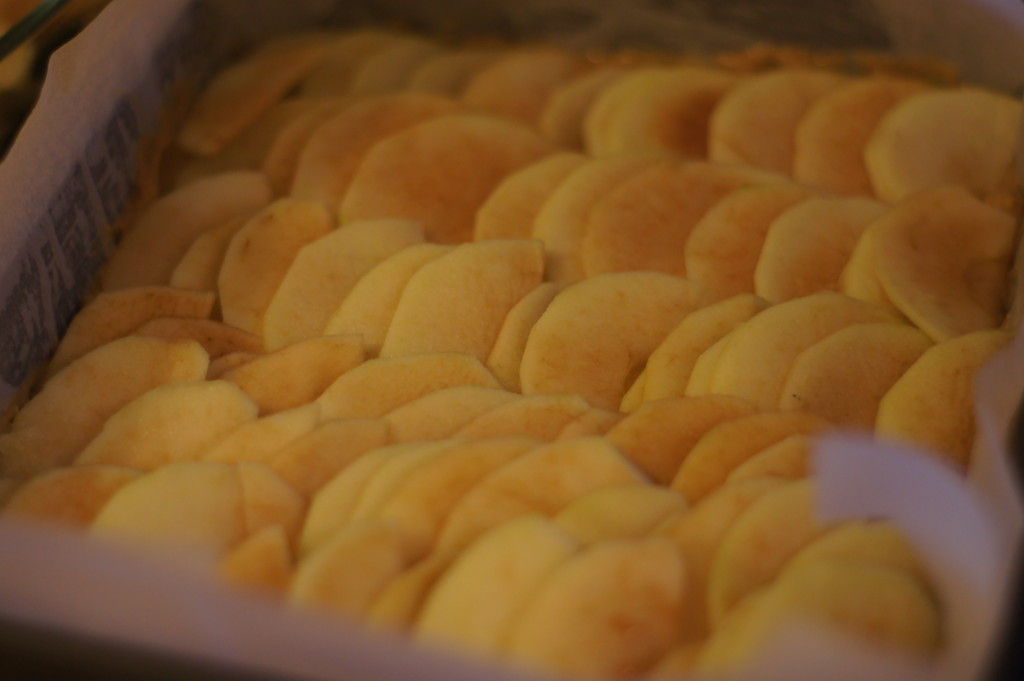 Layer over half the apples 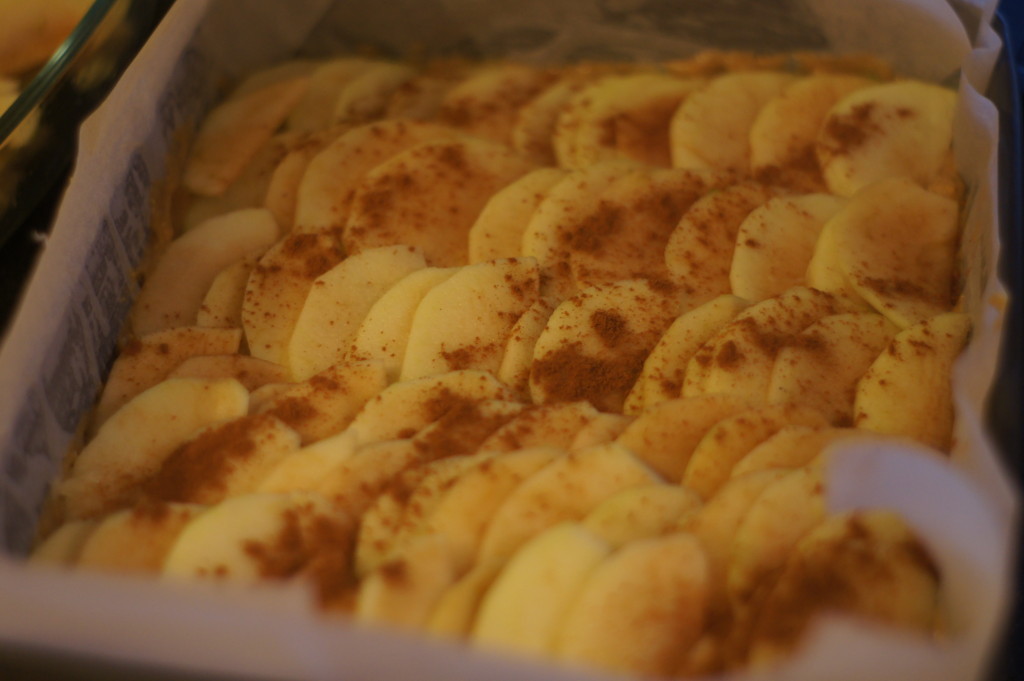 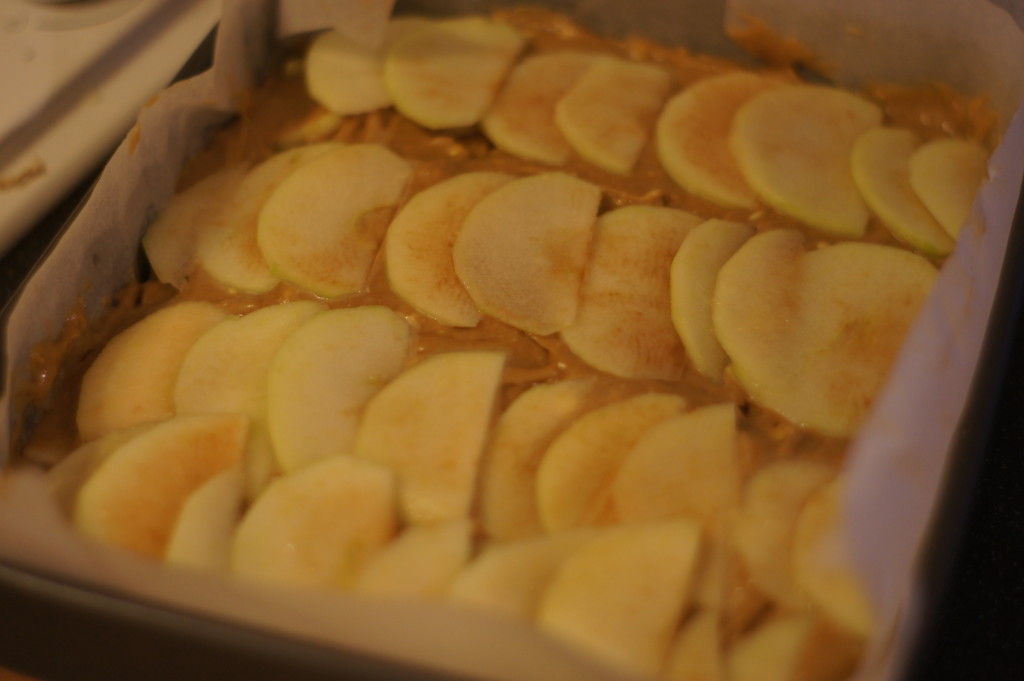 Finish the top with a layer of apple

5) Bake for about 40-50 minutes or until well risen and golden brown on top (mine took nearly 65 minutes and the apples on top started to burn so I had to cover it with foil after 50 minutes). The cake should feel spongy but firm, and will be starting to come away slightly from the edges of the tin; the apples should be soft.
6) Leave the cake to cool in the tin for 10 minutes, then loosen the sides with a small palette knife and turn out the cake. Peel off the baking paper and leave to cool on a wire rack. Sift a little icing sugar over the top of the cake. 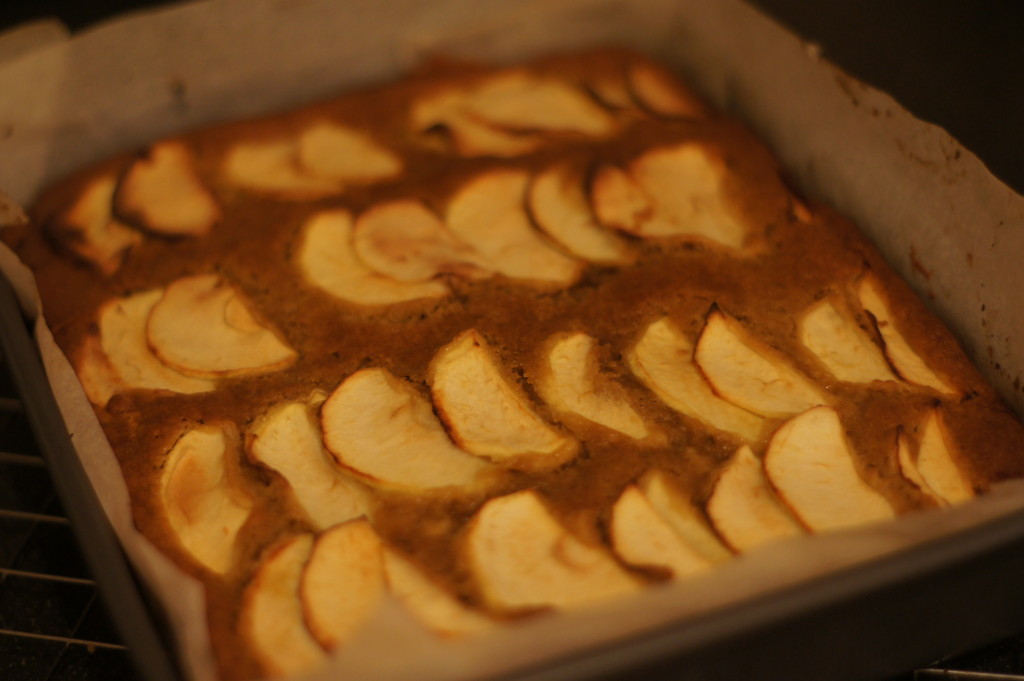 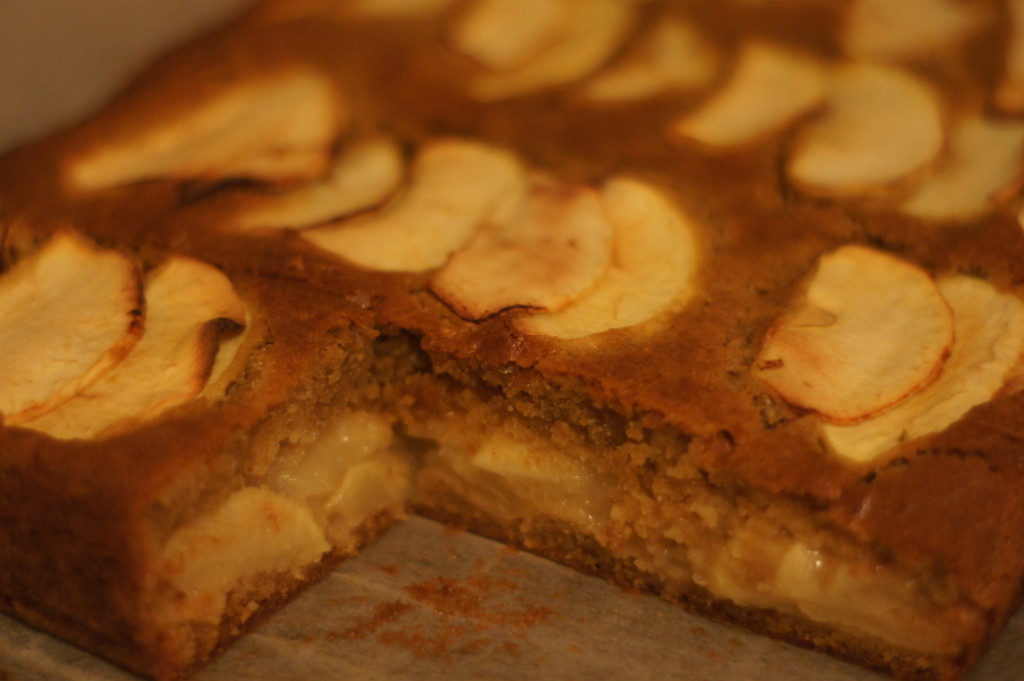