There’s a war being fought in our garden that happens every summer. Caterpillars. Every summer they decided to invade and decimate my gooseberry bushes. I’m not sure what they love about them so much but they’ve had every single leaf off the three bushes we have and then even came back for more when they tried to grow again. They’ve now decided to attack the redcurrant bush. Despite the odds, we did manage to pick a few gooseberries (although not enough to make anything – luckily I had some in the freezer too). Now it’s not really crumble weather so I decided to look for a cake recipe instead. A couple of years ago I made this Victoria sponge with creme patissiere and gooseberry compote but this time I decided to go for something a bit easier. I found this recipe via Pinterest. It’s a Nigel Slater recipe from Red Magazine.

You will need a 22cm cake tin for this recipe.

Method:
1) Preheat your oven to 180°C/Gas 4. Line the base of a 22cm round cake tin with baking parchment. Top and tail the gooseberries and set aside.
2) Begin by making the cake. Beat the butter, caster and muscovado sugars in a food mixer (or use an electric hand whisk) for eight to ten minutes until pale and fluffy. Break the eggs, beat them gently with a fork just to mix the yolks and whites together, then gradually introduce them to the mixture with the beater on slow (my mixture curdled so I added a dessertspoon of flour into the mixture to help). 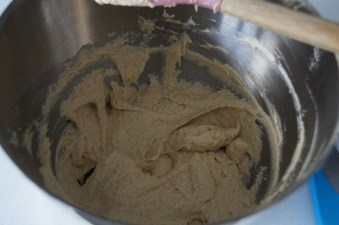 3) Fold in the ground almonds and flour, then add the vanilla extract. Transfer the mixture to the prepared tin and smooth it flat. Scatter the gooseberries on top. 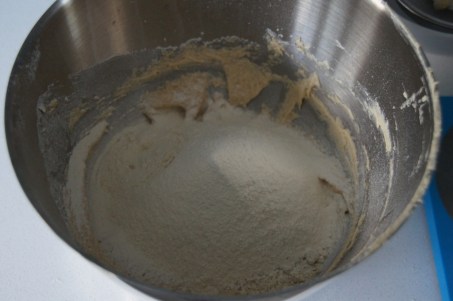 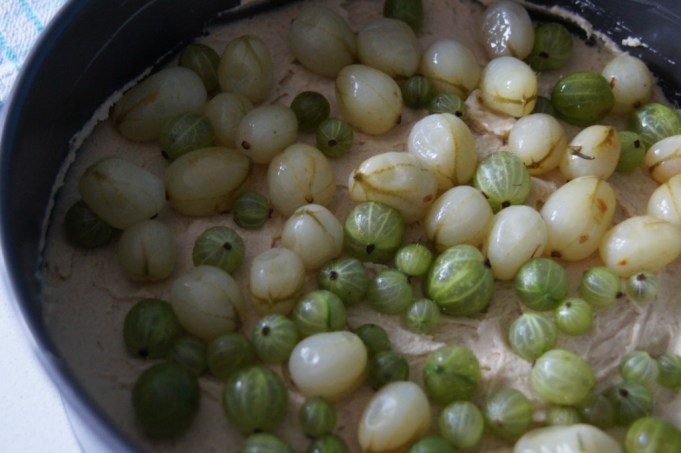 4) Then make the crumble topping. Blitz the flour and butter to crumbs in a food processor. Add the sugar and mix lightly. Remove the bowl from the stand and add a few drops of water. Shake the bowl a little or run a fork through the mixture so that some of the crumbs stick together like small pebbles (this will give a more interesting mix of textures on top of the cake). Scatter this loosely over the gooseberries. 5) Bake for about an hour, checking if it is ready with a skewer. Remove the cake from the oven and set aside. Leave to cool before cutting. 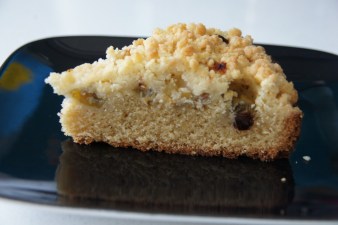 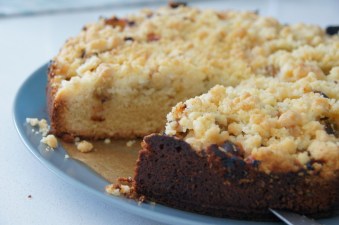