Ah Friday night – it’s so good to see you. Despite it only being 4 days it has felt like a long old week at work. I had seen this recipe a few weeks ago and had a couple of left over pears so decided some chocolate brownies were needed to keep us all going at work. The recipe comes from the Waitrose website that you can find here.

You will need a 30cm x 20cm tin however I used a slightly smaller tin than the recipe stated and had no problems. I managed to make 15 brownies. They were a big hit and were declared some of the best brownies people had ever had – high praise indeed! They will last 3-4 days in an airtight container (if you can resist them for that long!) Method:
1) Preheat the oven to 180C/Gas 4. Grease and line a 30cm x 20cm x 4cm rectangular tin with baking parchment.
2) Put the butter and chocolate in a small pan and place over a very low heat until melted, stirring occasionally. 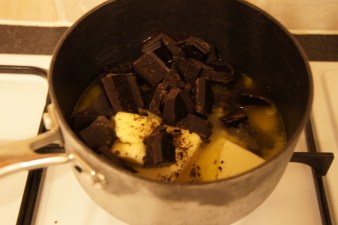 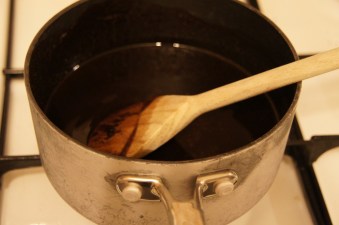 3) Now, in a large bowl, beat the sugar and eggs together until pale and fluffy, using an electric whisk for speed. Gradually pour in the melted chocolate mixture and continue whisking until combined. 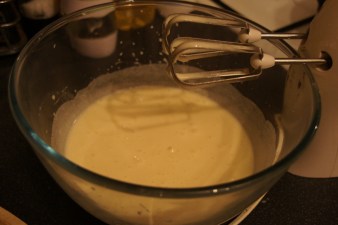 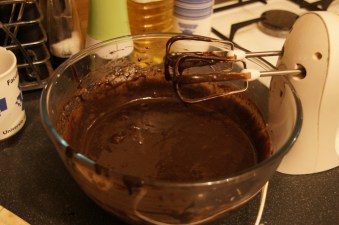 4) Using a metal spoon, fold in the flour and cocoa then stir in the pears and nuts. 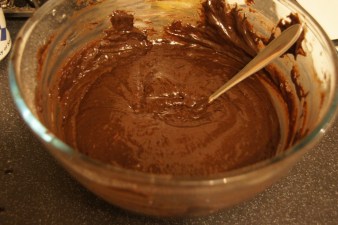 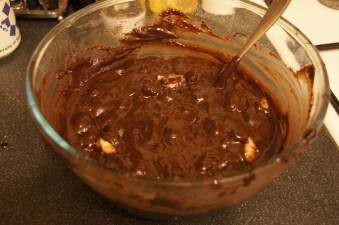 5) Pour the mixture into the prepared tin and bake for 30-35 minutes, until the brownies are just set (don’t overcook them as otherwise they will be dry). 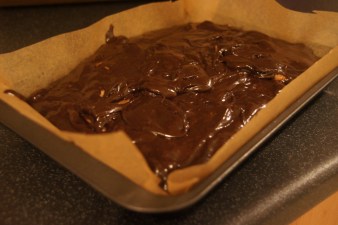 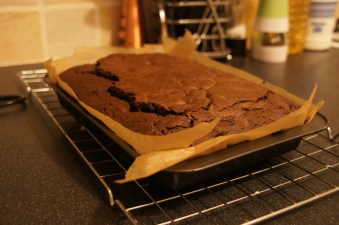 6) Remove from the oven and allow to cool in the tin before removing and placing on a cooling rack. Cut into 15-20 squares before serving. 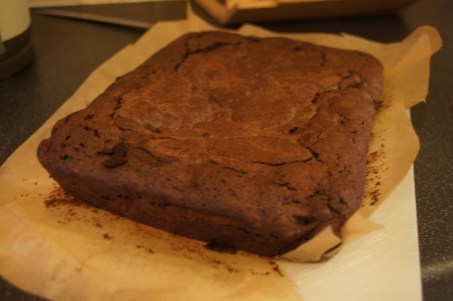 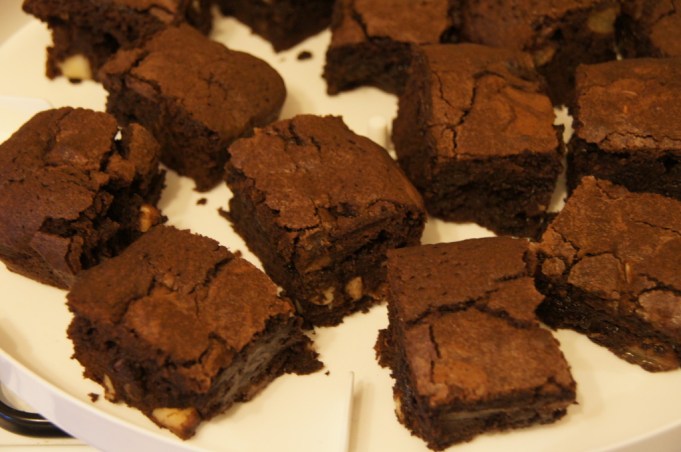